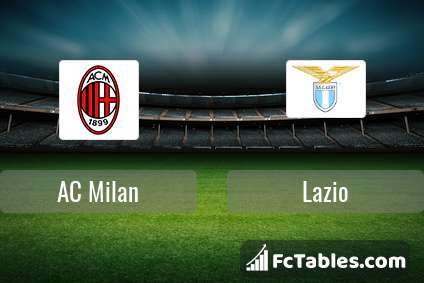 Kick off AC Milan-Lazio in Serie A on today 18:30. Referee in the match will be Gianluca Rocchi.

Team AC Milan is at the top place in the table (5 place). AC Milan in 5 last matches (league + cup) have collected4 points. From 4 matches can't win a match. The best players AC Milan in Serie A, who scored the most goals for the club: Krzystof Piatek 8 goals, Gonzalo Higuain 6 goals, Suso 5 goals. Most goals developed: , Gonzalo Higuain 1 assists, Suso 8 assists.

Team Lazio is located in the middle of the table. (7 place). In 5 last games (league + cup) Lazio get 8 points. Lazio did not win the match from 2 games. Leading players Lazio in Serie A is: Ciro Immobile 14 goals, Sergej Milinkovic-Savic 4 goals, Felipe Caicedo 4 goals. Most assists in the club have: Ciro Immobile 4 assists, Sergej Milinkovic-Savic 3 assists, Felipe Caicedo 1 assists.

In Lazio not occur in the match due to injury: Jordan Lukaku, Valon Berisha, Adam Marusic.

Players Milan Badelj will not be able to play in the match because of suspension (cards, etc.)

Direct matches: usually ended with winning of AC Milan. Balace of both teams games are: 22 won AC Milan, 8 wins Lazio, 20 draws. In 25 matches the sum of the goals both teams was greater than 2.5 (Over 2.5). On the other hand, 40 matches teams scored more than 1.5 goals (Over 1.5). In 32 matches the both teams have shot at least one goal. 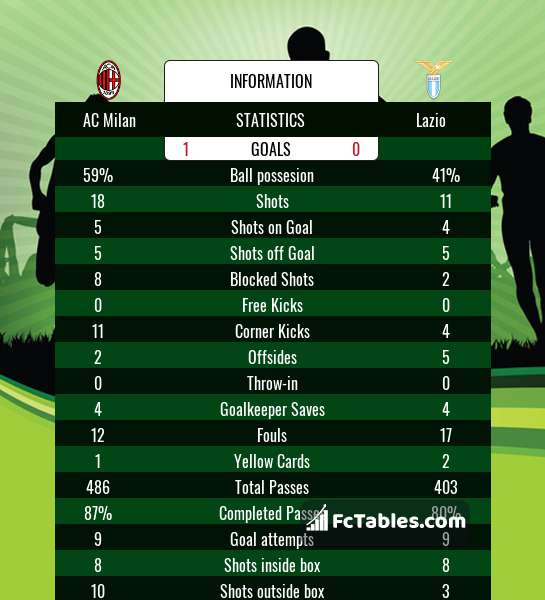 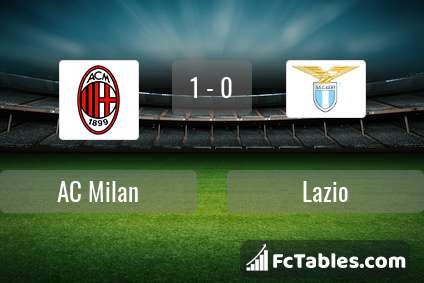