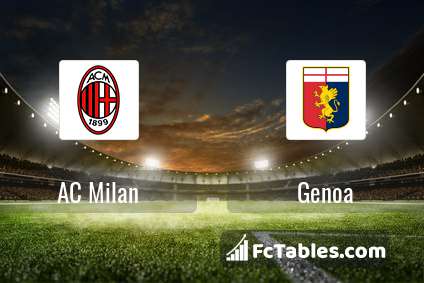 The match AC Milan-Genoa Serie A will start today 10:30. Referee in the match will be Gianpaolo Calvarese.

The match will not occur Zlatan Ibrahimovic because they are suspended (cards, etc.).

Team Genoa is located in the middle of the table. (13 place). In 5 last games (league + cup) Genoa get 5 points. From 2 matches can't win a match. The best players Genoa in Serie A, who scored the most goals for the club: Mattia Destro 10 goals, Gianluca Scamacca 5 goals, Goran Pandev 4 goals. Players with the most assists: Mattia Destro 1 assists, Gianluca Scamacca 2 assists, Goran Pandev 2 assists.

Domenico Criscito. They will not be able to play in the game due to suspension.

Direct matches: usually ended with winning of AC Milan. Balace of both teams games are: 15 won AC Milan, 7 wins Genoa, 5 draws. In 10 matches the sum of the goals both teams was greater than 2.5 (Over 2.5). On the other hand, 18 matches teams scored more than 1.5 goals (Over 1.5). In 11 matches the both teams have shot at least one goal. 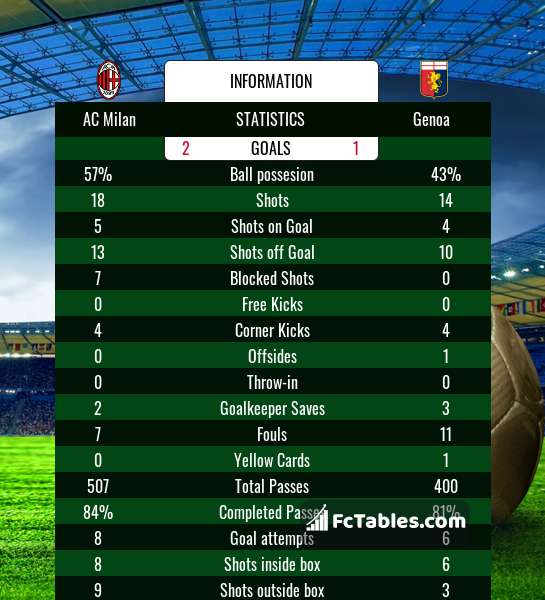 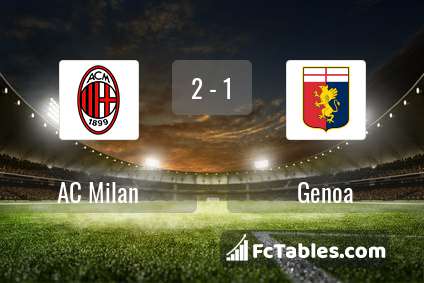 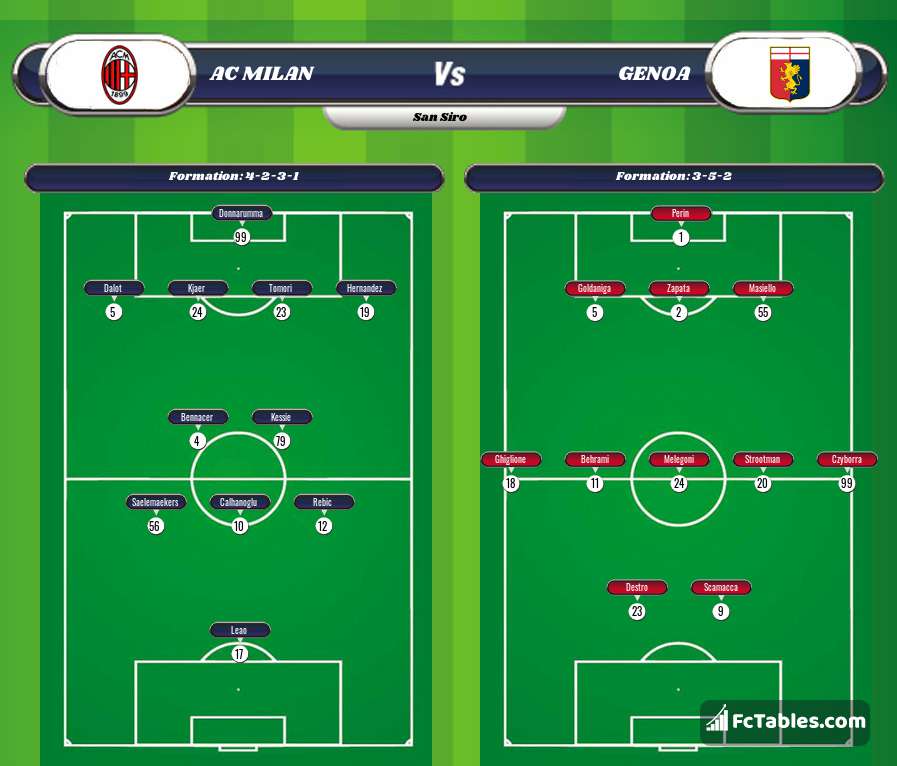