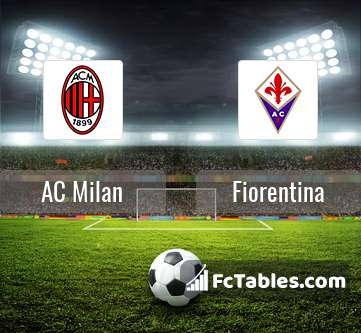 The match AC Milan-Fiorentina Serie A will start today 14:00. Referee in the match will be Maurizio Mariani.

Team AC Milan is at the top place in the table (5 place). AC Milan in 5 last matches (league + cup) have collected6 points. From 2 matches can't win a match. AC Milan has not been defeated from 4 matches. The best players AC Milan in Serie A, who scored the most goals for the club: Gonzalo Higuain 5 goals, Suso 4 goals, Franck Yannick Kessie 3 goals. Most goals developed: Gonzalo Higuain 1 assists, Suso 8 assists, Franck Yannick Kessie 1 assists.

The match will not occur Tiemoue Bakayoko, Franck Yannick Kessie because they are suspended (cards, etc.).

Team Fiorentina is located in the middle of the table. (10 place). Form team looks like this: In the last 5 matches (league + cup) gain 6 points. away from 4 matches team have not been defeated. The most goals in Serie A for Fiorentina scored: Marco Benassi 6 goals, Giovanni Simeone 4 goals, Jordan Veretout 3 goals. Players with the most assists: , Giovanni Simeone 2 assists, Jordan Veretout 1 assists. 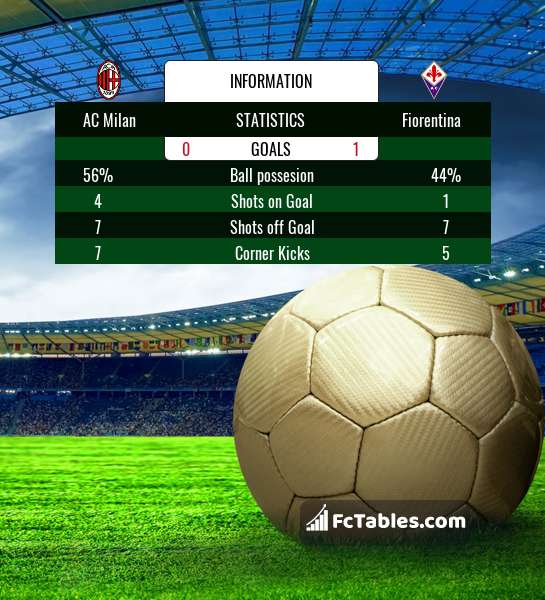 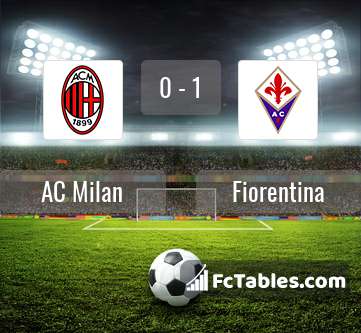