It is a colorful figure and definitely worth the attention given to your English football contributions and skills. This French coach, born in 1949, has many abilities. In his career he was also a football player, so he can better feel the role played by players on the pitch. He has been with Arsenal since 1996, and is also the most successful coach of this team, as well as the longest-serving coach of the club. As the only non-English coach he won the double in 1998 and 2002. He is also a trainer who has managed to go through the entire football season without noticing one defeat. He has earned a number of decorations, including the Order of the British Empire, as well as the title of Knight of the Legion of Honor. At the University of Strasbourg he received the title of Electrical Engineering and the Master of Economics. He is fluent in four languages: French, German, English and Spanish, and Italian and Japanese are sufficiently suited. As you can see, it is an unparalleled figure.

The career of the player is not entirely for him

As a footballer, he made his debut playing in RC Strasbourg against AS Monaco in 1978, but he never did or attempt to make a professional career in that direction. Since 1981 he has decided to devote himself entirely to coaching, starting with the youth training of the Strasbourg team. It was only six years later that he took over as coach of AS Monaco, with whom he made his debut. In 1994 the club finished 9th in the table and Wenger lost his job, so he moved to Japan and trained there with the Nagoya Grampus Eight team, while in 1996 he took up the training of Arsenal's first team.

His first match he played as an Arsenal coach came in a 2-0 home defeat against Blackburns Rovers. This season was not very successful, because although Arsenal finished third in the Premier League table, however, the number of goals was not enough to advance. The next season, however, was quite revolutionary, as Arsenal won the England Cup and also the Premiership. It included a variety of factors, ranging from tactics, lifestyle, and even nutrition, to the return of such players as Tony Adams, Nige Winterburn, Lee Dixon and Martin Keown. The coach also tried to join such teams as Emmanuel Petit, Marc Overmars and Nicolas Anelka. 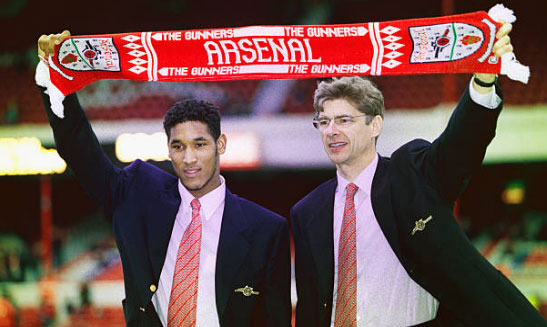 What is the Arsenal manager known for?

First and foremost, Wenger is considered an excellent trainer, willing to work and have young talent. He is not looking only in Europe, but also in Africa. He has a great intuition because he bought George Weah, named after the FIFA World Player of the Year. It was thanks to him that previously unknown players had a chance to show their excitement from the best side and show off their skills, becoming world-famous players. Among the best you can mention Patrick Vieira, Nicolas Anelka, Cesc Fabregas and many others. The trainer cares very much for his players, but demands strict adherence to these rules, especially as regards feeding - he has forbidden eating any fast food, has to strictly follow his diet plan, and can not consume alcohol. For the whole, not only for obvious achievements, is considered to be definitely the best coach Arsenal has ever owned.

A little controversy around the work of a coach

lot of controversy raises above all the fact that in the years 1996-2003 the team received as many as 52 red cards, and in 2004 and 2005 received the title of Premier League's Fair Play League. Wenger did not hide his reluctance and open competition with Alex Ferguson and Ruud van Nistelrooy. At this point, there was also a £ 15,000 fine for making a phone in which he helmed the coach for giving false information in interviews that were given after playing one of the meetings. Here in the end there was peace between the coaches, but Wenger this time got into a verbal war with Chelsea coach Jose Mourinho. The coach does not blame the other Premier League champions who have been charged with bringing things to the top. The controversy with this coach has already been part of the team's history.