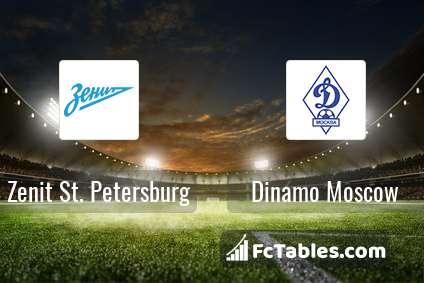 The match Zenit St. Petersburg-Dinamo Moscow Premier League will start today 18:00. Referee in the match will be .

Team Zenit St. Petersburg is at the top place in the table (1 place). Form team looks like this: In the last 5 matches (league + cup) gain 11 points. from 7 matches team have not been defeated. To defend Dinamo Moscow the most demanding players will be Artem Dzyuba 7 goals, Sebastian Driussi 6 goals, Aleksandr Yerokhin 5 goals, because this season they scored the most goals for Zenit St. Petersburg of the entire composition. Players with the most assists: Artem Dzyuba 4 assists, Sebastian Driussi 6 assists, Aleksandr Yerokhin 2 assists.

Team Dinamo Moscow is located in the middle of the table. (12 place). Form team looks like this: In the last 5 matches (league + cup) gain 5 points. Dinamo Moscow from 2 matches away can not beat any rival. Not lost the match from 3 games. Players Dinamo Moscow in Premier League with the highest number of goals: Evgeni Lutsenko 4 goals, Joaozinho 3 goals, Evgeni Markov 3 goals. Most assists in the club have: Evgeni Lutsenko 4 assists, Joaozinho 7 assists, Evgeni Markov 1 assists.

If you want to compare this teams or you looking for more stats H2H Zenit St. Petersburg Dinamo Moscow
League table and stats click here 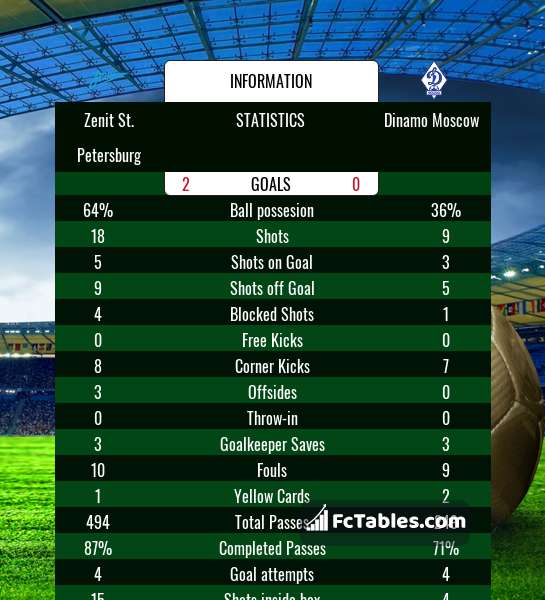 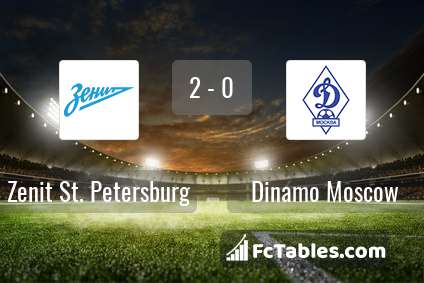