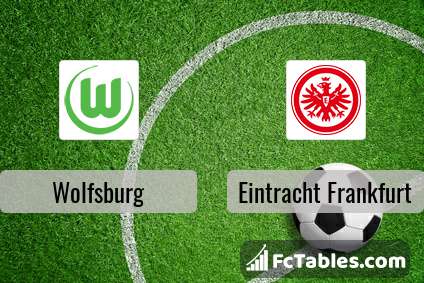 Team Wolfsburg is at the top place in the table (3 place). Wolfsburg in 5 last matches (league + cup) have collected12 points. To defend Eintracht Frankfurt the most demanding players will be Wouter Weghorst 2 goals, Lukas Nmecha 2 goals, Jerome Roussillon 1 goals, because this season they scored the most goals for Wolfsburg of the entire composition. Most goals developed: Wouter Weghorst 1 assists.

Team Eintracht Frankfurt is in the releagtion zone of the table. 16 position. Form team looks like this: In the last 5 matches (league + cup) gain 3 points. from 3 matches team have not been defeated. The most goals in 1. Bundesliga for Eintracht Frankfurt scored: Jens Hauge 2 goals, Filip Kostic 1 goals. Players with the most assists: , Djibril Sow 1 assists.

In Eintracht Frankfurt not occur in the match due to injury: Sebastian Rode.

Direct matches: usually ended with winning of Wolfsburg. Balace of both teams games are: 17 won Wolfsburg, 8 wins Eintracht Frankfurt, 13 draws. In 23 matches the sum of the goals both teams was greater than 2.5 (Over 2.5). On the other hand, 32 matches teams scored more than 1.5 goals (Over 1.5). In 26 matches the both teams have shot at least one goal. 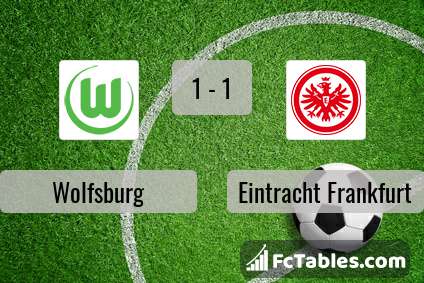 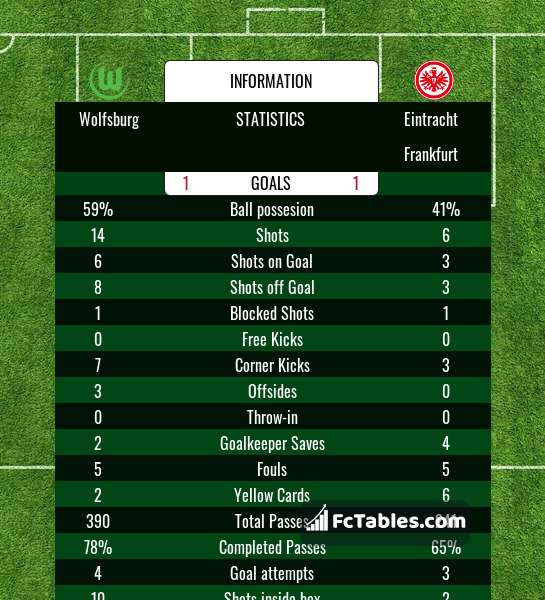