Kick off West Bromwich Albion-Brighton in Premier League on today 15:00. Referee in the match will be Lee Mason.

The match will not occur Semi Ajayi because they are suspended (cards, etc.).

Team Brighton currently is on lower place in table (16 position). Brighton in 5 last matches (league + cup) have collected8 points. Brighton from 3 matches can not beat any rival. From 3 matches away no lost a match. Players Brighton in Premier League with the highest number of goals: Neal Maupay 7 goals, Lewis Dunk 3 goals, Leandro Trossard 2 goals. Players Neal Maupay 1 assists, Leandro Trossard 4 assists will have to be very well guarded by defenders West Bromwich Albion, because they have the most assists. 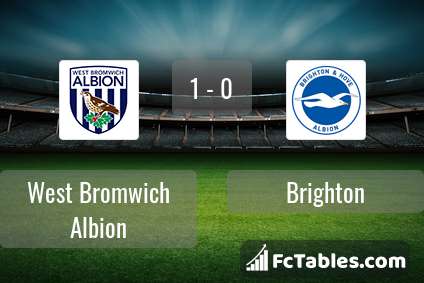 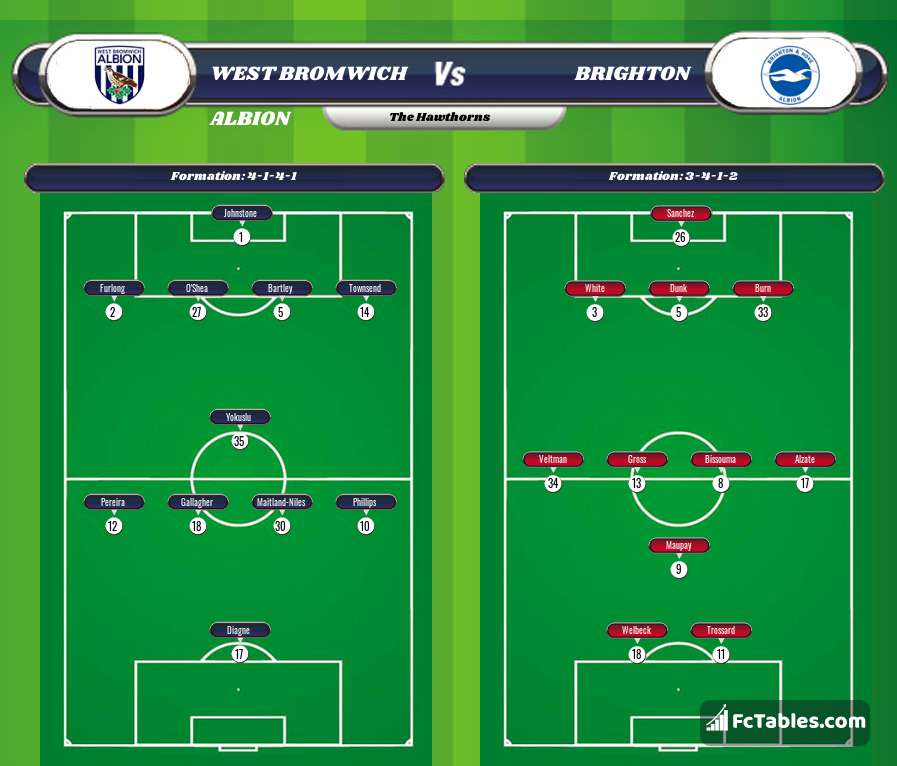