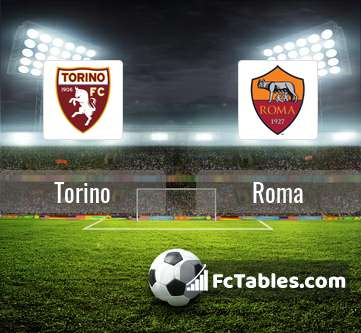 The match Torino-Roma Serie A will start today 19:45. Referee in the match will be Marco Piccinini.

Team Torino currently is on lower place in table (16 position). Torino in 5 last matches (league + cup) have collected5 points. Torino did not win the match from 3 games. Not lost the match at home from 3 games. Leading players Torino in Serie A is: Andrea Belotti 16 goals, Alex Berenguer 5 goals, Simone Zaza 5 goals. Most assists in the club have: Andrea Belotti 3 assists, Alex Berenguer 2 assists.

In Torino not occur in the match due to injury: Armando Izzo, Daniele Baselli, Lorenzo De Silvestri.

Players Tomas Rincon will not be able to play in the match because of suspension (cards, etc.)