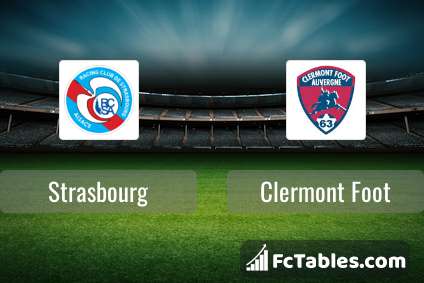 Kick off Strasbourg-Clermont Foot in Ligue 1 on today 19:00. Referee in the match will be Benoit Millot.

Team Strasbourg is located in the middle of the table. (6 place). Form team looks like this: In the last 5 matches (league + cup) gain 8 points. From 8 matches at home no lost a match. In this season games Ligue 1 the most goals scored players: Ludovic Ajorque 12 goals, Kevin Gameiro 11 goals, Habibou Mouhamadou Diallo 11 goals. They will have to be well guarded by defense Clermont Foot. Players Ludovic Ajorque 8 assists, Kevin Gameiro 3 assists, Habibou Mouhamadou Diallo 1 assists will have to be very well guarded by defenders Clermont Foot, because they have the most assists.

In Clermont Foot not occur in the match due to injury: Arthur Desmas, Jerome Phojo, Yadaly Diaby.

The match will not occur Florent Ogier because they are suspended (cards, etc.). 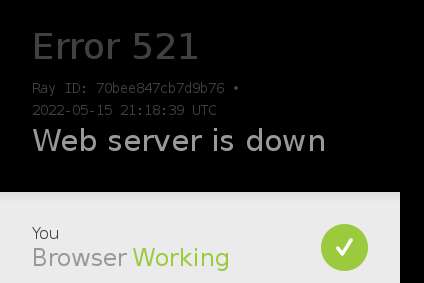 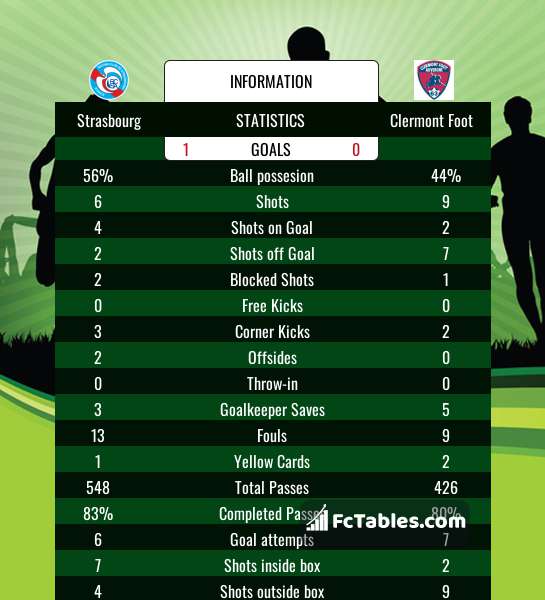