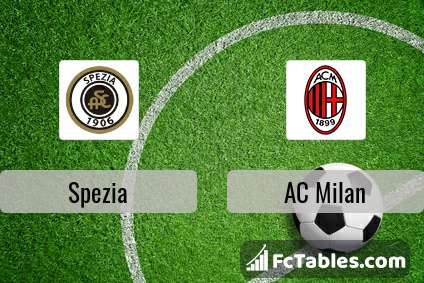 The match Spezia-AC Milan Serie A will start today 19:45. Referee in the match will be Daniele Chiffi.

The match will not occur Davide Calabria because they are suspended (cards, etc.).

Direct matches: usually ended with winning of AC Milan. Balace of both teams games are: 0 won Spezia, 2 wins AC Milan, 0 draws. In 2 matches the sum of the goals both teams was greater than 2.5 (Over 2.5). On the other hand, 2 matches teams scored more than 1.5 goals (Over 1.5). In 1 matches the both teams have shot at least one goal. 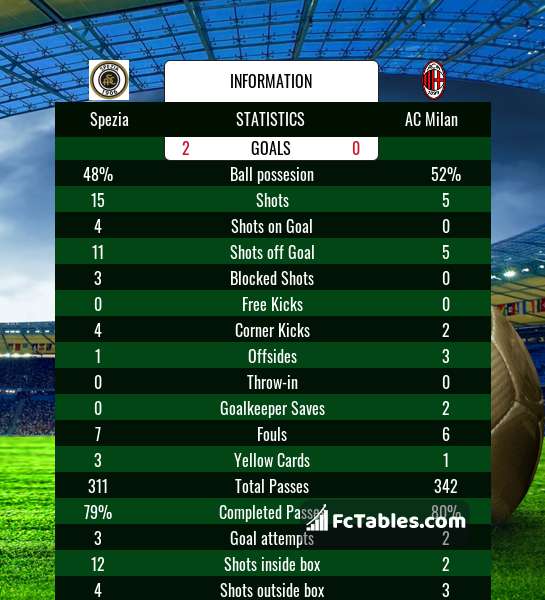 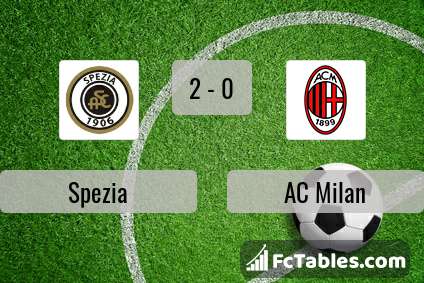 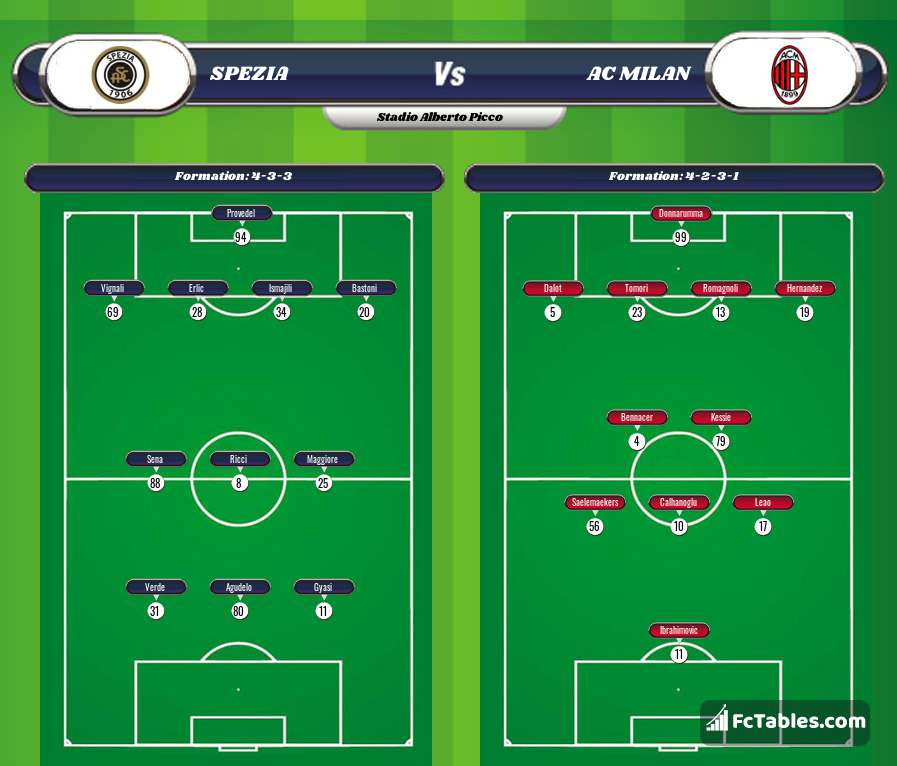