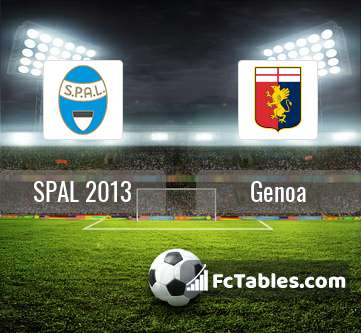 In SPAL 2013 not occur in the match due to injury: Lorenco Simic, Lorenzo Dickman, Marko Jankovic.

Team Genoa currently is on lower place in table (16 position). In 5 last games (league + cup) Genoa get 1 points. From 6 matches away can't win a match. The best players Genoa in Serie A, who scored the most goals for the club: Krzystof Piatek 13 goals, Cristian Kouame 4 goals, Darko Lazovic 3 goals. Players with the most assists: , Cristian Kouame 5 assists, Darko Lazovic 4 assists.

Miguel Veloso. They will not be able to play in the game due to suspension. 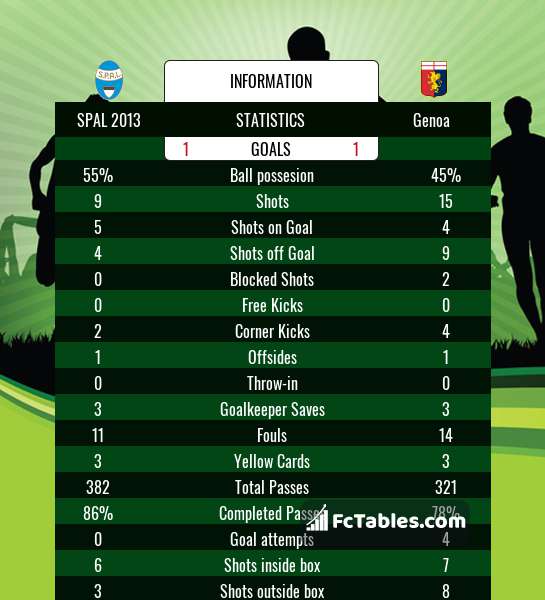 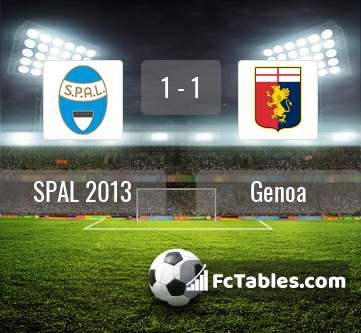