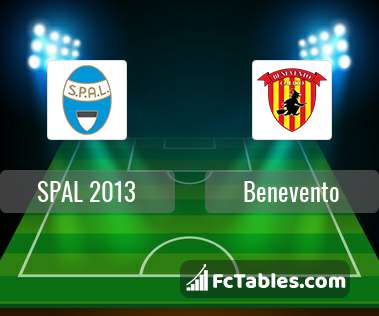 The match SPAL 2013-Benevento Serie A will start today 13:00. Referee in the match will be Marco Guida.

In SPAL 2013 not occur in the match due to injury: Sauli Vaeisaenen, Marco Borriello, Manuel Lazzari, Federico Viviani, Alex Meret.

Players Fabio Lucioni, Danilo Cataldi, Enrico Brignola will not be able to play in the match because of suspension (cards, etc.)

Direct matches: usually ended with winning of Benevento. Balace of both teams games are: 3 won SPAL 2013, 4 wins Benevento, 1 draws. In 3 matches the sum of the goals both teams was greater than 2.5 (Over 2.5). On the other hand, 7 matches teams scored more than 1.5 goals (Over 1.5). In 3 matches the both teams have shot at least one goal. 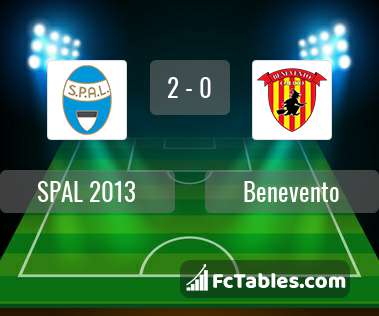