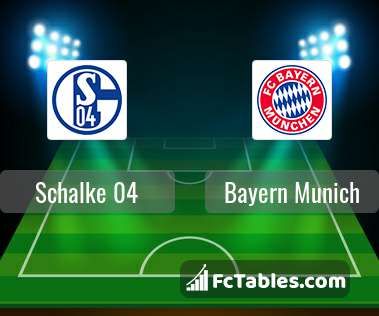 Kick off Schalke 04-Bayern Munich in 1. Bundesliga on today 14:30. Referee in the match will be Sascha Stegemann.

Team Schalke 04 is in the releagtion zone of the table. 18 position. In 5 last matches (league + cup) team gain 3 points. From 2 matches can't win a match. The best players Schalke 04 in 1. Bundesliga, who scored the most goals for the club: Matthew Hoppe 5 goals, Mark Uth 2 goals, Benito Raman 2 goals. Players with the most assists: , Mark Uth 1 assists.

In Bayern Munich not occur in the match due to injury: Nianzou Kouassi, Corentin Tolisso.

Players Joshua Zirkzee will not be able to play in the match because of suspension (cards, etc.)

Direct matches: usually ended with winning of Bayern Munich. Balace of both teams games are: 12 won Schalke 04, 32 wins Bayern Munich, 11 draws. In 26 matches the sum of the goals both teams was greater than 2.5 (Over 2.5). On the other hand, 43 matches teams scored more than 1.5 goals (Over 1.5). In 22 matches the both teams have shot at least one goal. 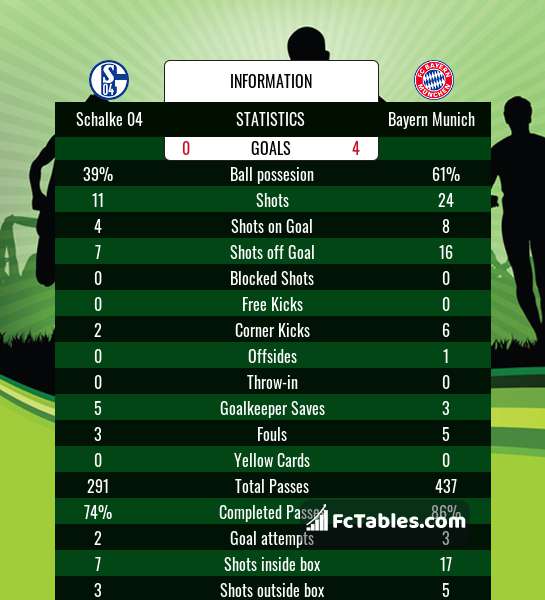 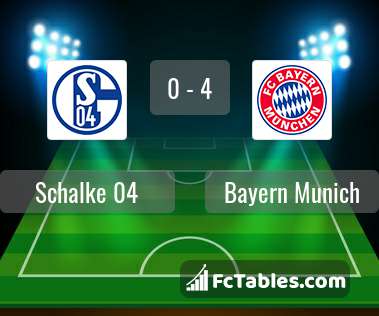 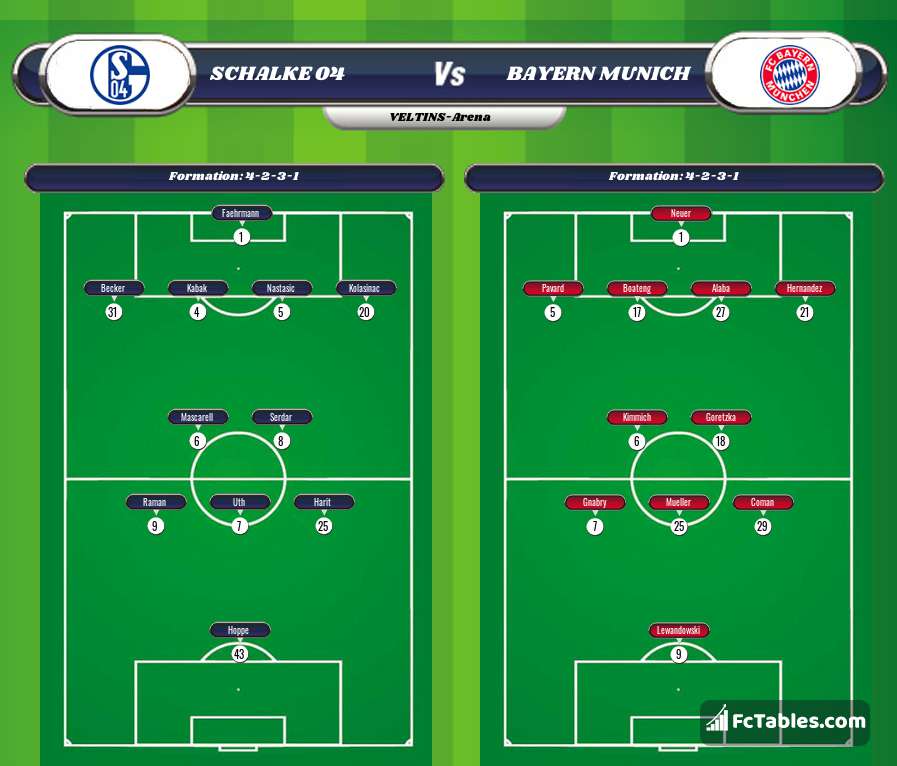