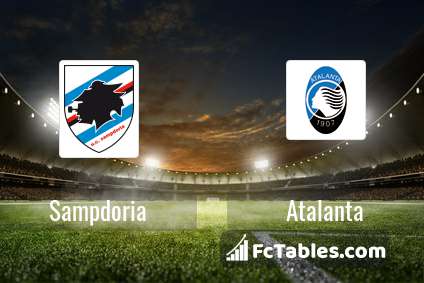 Kick off Sampdoria-Atalanta in Serie A on today 16:30. Referee in the match will be Alessandro Prontera.

Team Sampdoria is located in the middle of the table. (15 place). Sampdoria in 5 last matches (league + cup) have collected4 points. at home from 2 matches team have not been defeated. The most goals in Serie A for Sampdoria scored: Antonio Candreva 4 goals, Francesco Caputo 2 goals, Maya Yoshida 2 goals. Players with the most assists: Antonio Candreva 2 assists, Francesco Caputo 1 assists.

In Sampdoria not occur in the match due to injury: Ronaldo Vieira, Mikkel Damsgaard.

Team Atalanta is at the top place in the table (5 place). Atalanta in 5 last matches (league + cup) have collected8 points. From 2 matches no lost a match. Players Atalanta in Serie A with the highest number of goals: Duvan Zapata 4 goals, Josip Ilicic 2 goals, Ruslan Malinovsky 2 goals. Players Duvan Zapata 2 assists, Josip Ilicic 1 assists, Ruslan Malinovsky 1 assists will have to be very well guarded by defenders Sampdoria, because they have the most assists. 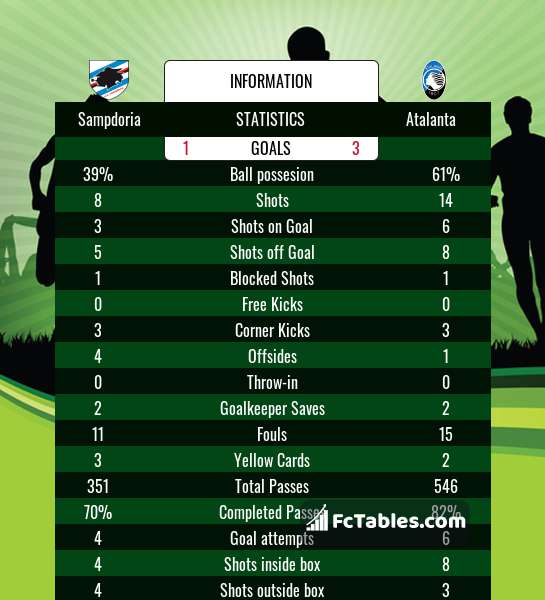 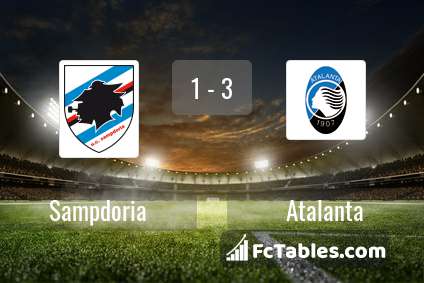