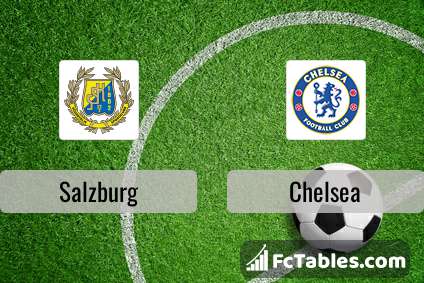 Kick off Salzburg-Chelsea in Champions League on today 16:45. Referee in the match will be Sandro Schaerer.

Team Salzburg is located in the middle of the table. (2 place). In 5 last games (league + cup) Salzburg get 6 points. Leading players Salzburg in Champions League is: Noah Okafor 3 goals, Nicolas Seiwald 1 goals. Players , Junior Chukwubuike Adamu 1 assists will have to be very well guarded by defenders Chelsea, because they have the most assists.

Team Chelsea is at the top place in the table (1 place). Form team looks like this: In the last 5 matches (league + cup) gain 7 points. From 3 matches no lost a match. Players Chelsea in Champions League with the highest number of goals: Pierre-Emerick Aubameyang 2 goals, Raheem Sterling 1 goals, Reece James 1 goals. Players , Raheem Sterling 1 assists, Reece James 1 assists will have to be very well guarded by defenders Salzburg, because they have the most assists.