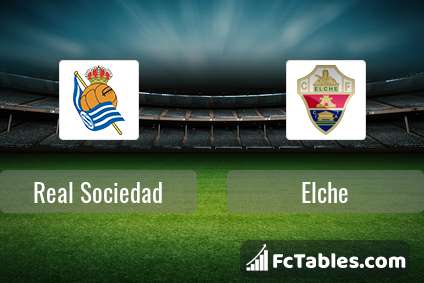 The match Real Sociedad-Elche La Liga will start today 19:00. Referee in the match will be Adrian Cordero.

Team Elche is in the releagtion zone of the table. 19 position. In 5 last games (league + cup) Elche get 4 points. From 15 matches away can't win a match. The best players Elche in La Liga, who scored the most goals for the club: Lucas Boye 6 goals, Fidel 5 goals, Josan Fernandez 4 goals. Players with the most assists: Lucas Boye 1 assists, Fidel 3 assists, Josan Fernandez 2 assists. 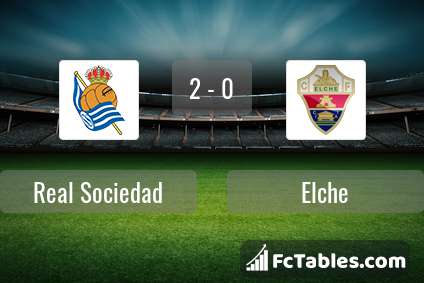 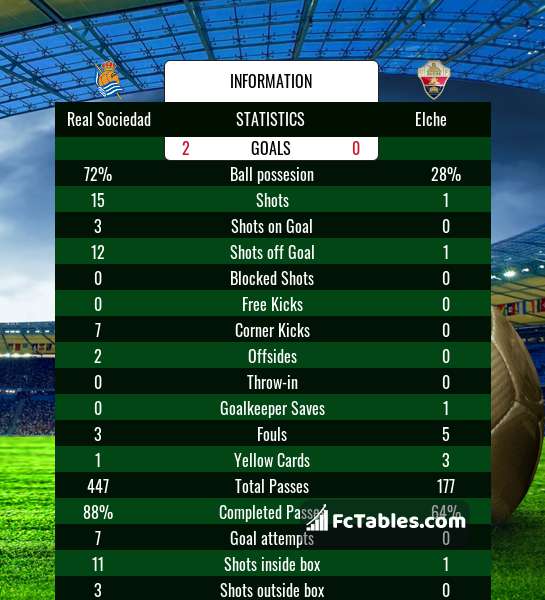 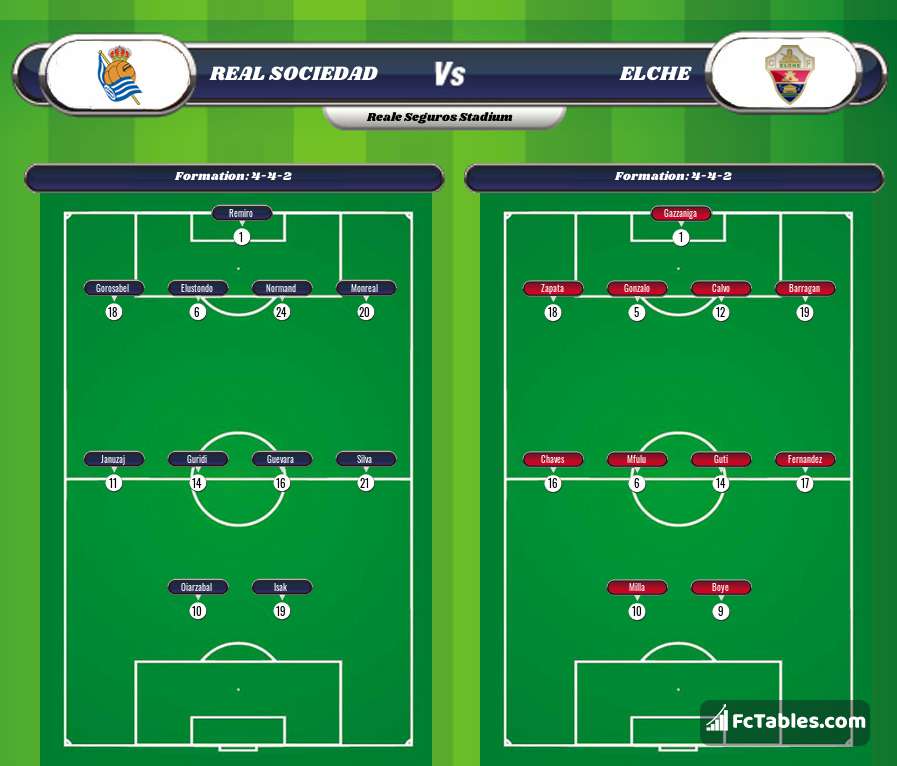