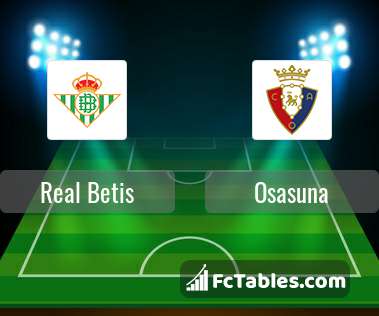 The match Real Betis-Osasuna La Liga will start today 18:30. Referee in the match will be Alejandro Hernandez.

Players Sergio Canales will not be able to play in the match because of suspension (cards, etc.)

Team Osasuna is located in the middle of the table. (11 place). In 5 last matches (league + cup) team gain 10 points. From 4 matches no lost a match. In this season games La Liga the most goals scored players: Ezequiel Avila 9 goals, Ruben Garcia 8 goals, Roberto Torres 6 goals. They will have to be well guarded by defense Real Betis. Players Ezequiel Avila 2 assists, Ruben Garcia 2 assists, Roberto Torres 7 assists will have to be very well guarded by defenders Real Betis, because they have the most assists. 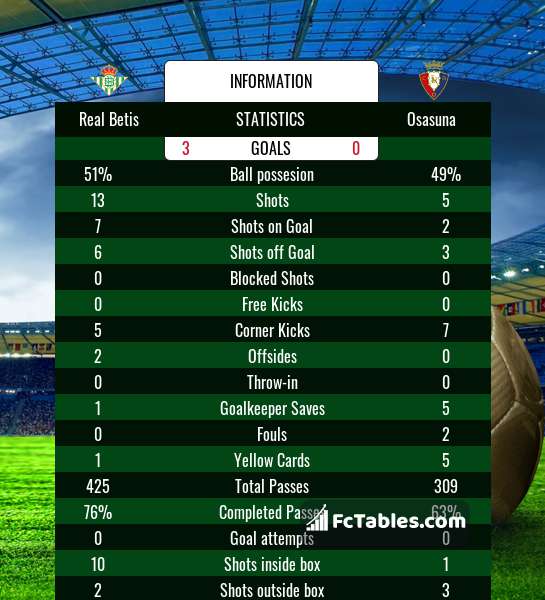 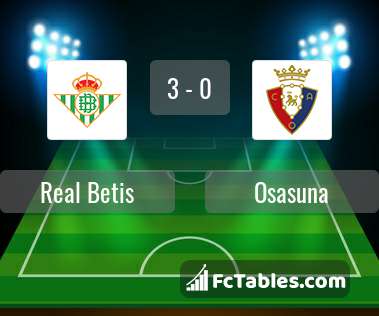