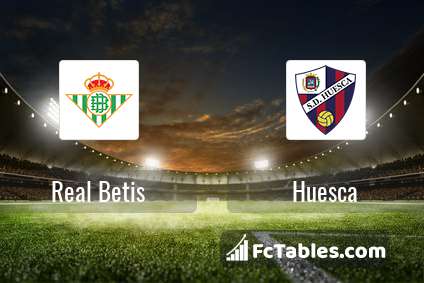 The match Real Betis-Huesca La Liga will start today 16:30. Referee in the match will be Adrian Cordero.

Team Huesca is in the releagtion zone of the table. 20 position. Last 5 games (league + cup) finished balance 6 points. Huesca did not win the match away from 6 games. Huesca has not been defeated away from 3 matches. The most goals in La Liga for Huesca scored: Ezequiel Avila 10 goals, Enric Gallego 5 goals, Juan Hernandez 4 goals. Most goals developed: Ezequiel Avila 2 assists, Enric Gallego 1 assists, Juan Hernandez 3 assists.

In Huesca not occur in the match due to injury: Carlos Akapo, Pablo Insua, Jorge Miramon.

The match will not occur Ezequiel Avila because they are suspended (cards, etc.). 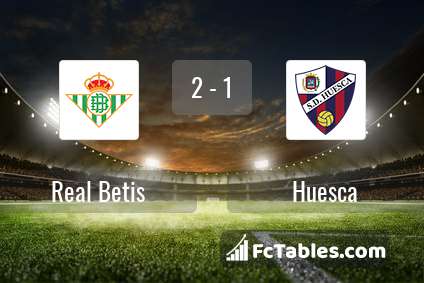 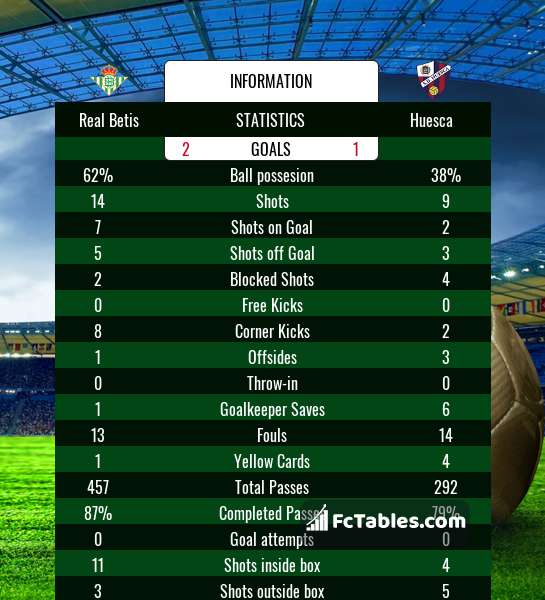