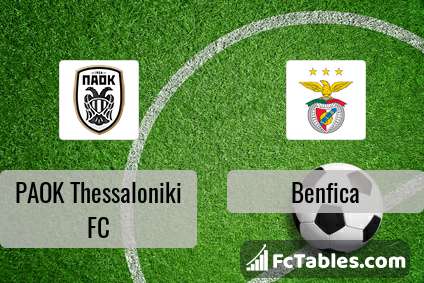 PAOK Thessaloniki FC takes place, which promoted to the European cups. Last 5 games (league + cup) finished balance 0 points. In this season games Champions League the most goals scored players: Christos Tzolis 2 goals, Dimitrios Pelkas 1 goals. They will have to be well guarded by defense Benfica. Players Christos Tzolis 1 assists, Chuba Akpom 1 assists will have to be very well guarded by defenders Benfica, because they have the most assists. 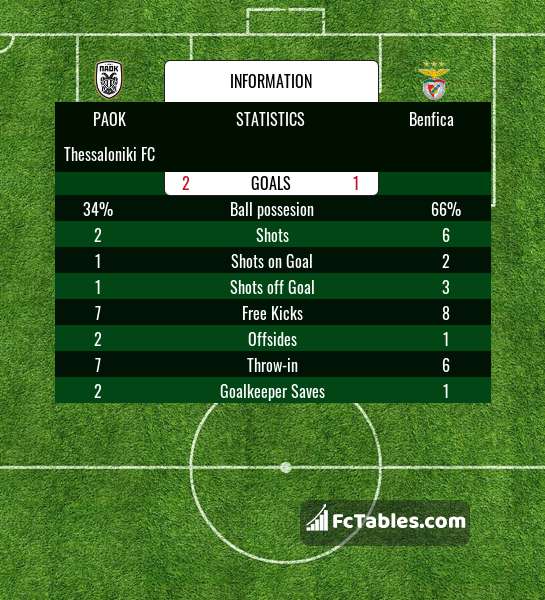 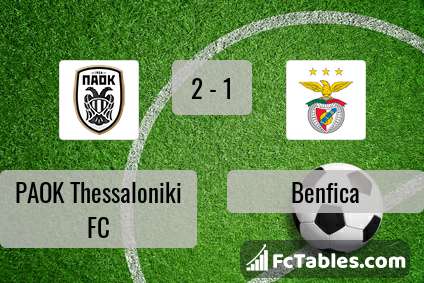