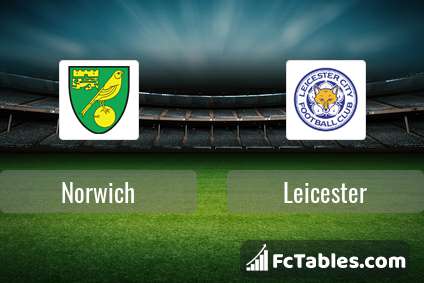 Kick off Norwich-Leicester in Premier League on today 14:00. Referee in the match will be Robert Jones.

Team Norwich is in the releagtion zone of the table. 19 position. In 5 last games (league + cup) Norwich get 0 points.

In Norwich not occur in the match due to injury: Sam Byram, Bali Mumba.

Players Ayoze Perez will not be able to play in the match because of suspension (cards, etc.) 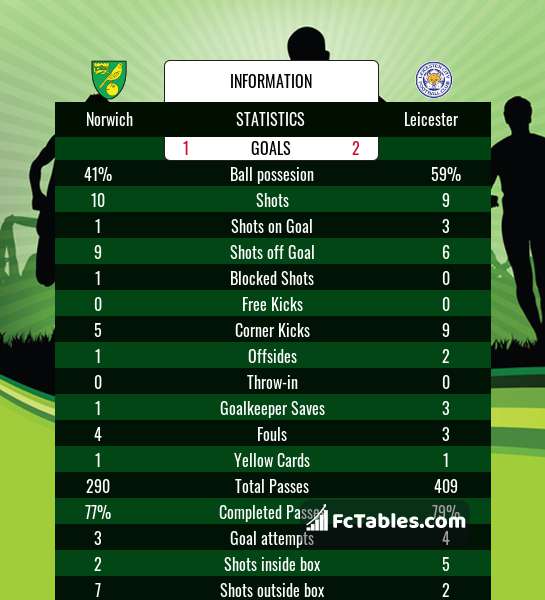