Kick off Newcastle United-Manchester City in Premier League on today 20:00. Referee in the match will be Paul Tierney.

In Newcastle United not occur in the match due to injury: Paul Dummett, Sung-Yueng Ki, Jonjo Shelvey, Karl Darlow.

In Manchester City not occur in the match due to injury: Claudio Bravo, Eliaquim Mangala. 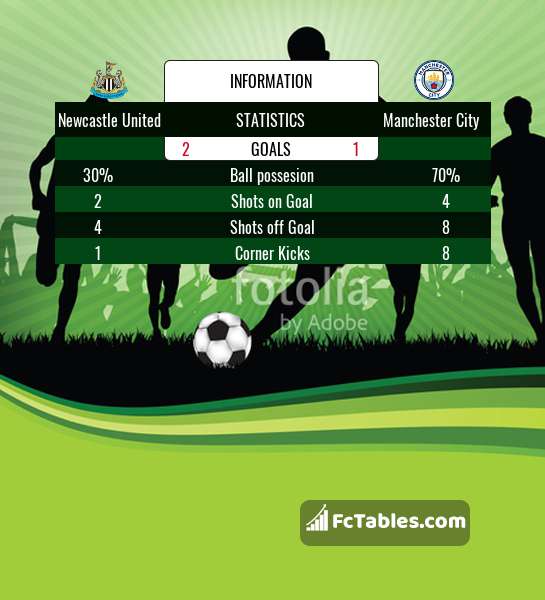