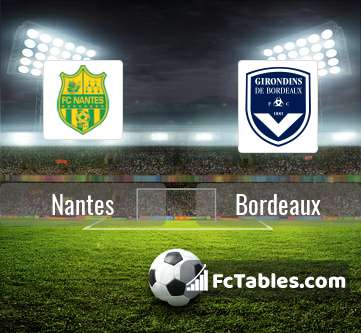 Team Nantes is at the top place in the table (5 place). Nantes in 5 last matches (league + cup) have collected7 points. From 2 matches can't win a match. In this season games Ligue 1 the most goals scored players: Emiliano Sala 7 goals, Adrien Thomasson 2 goals, Prejuce Nakoulma 2 goals. They will have to be well guarded by defense Bordeaux. Players Emiliano Sala 2 assists will have to be very well guarded by defenders Bordeaux, because they have the most assists.

In Bordeaux not occur in the match due to injury: Igor Lewczuk, Alexandre Mendy, Matheus Pereira.

The match will not occur Paul Baysse, Jaroslav Plasil because they are suspended (cards, etc.). 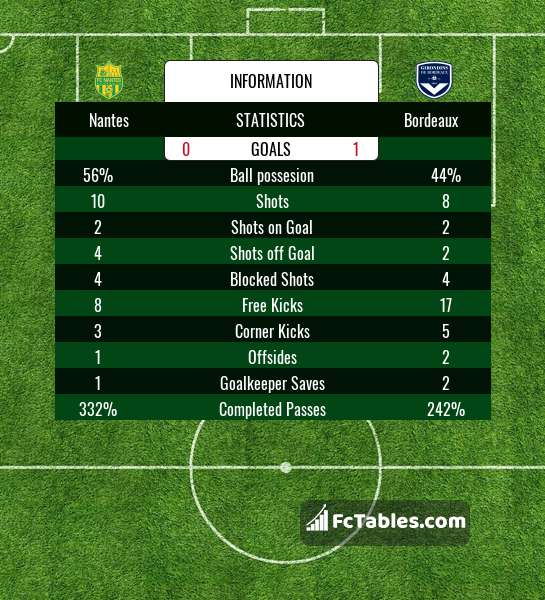 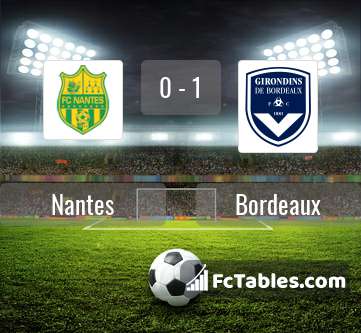