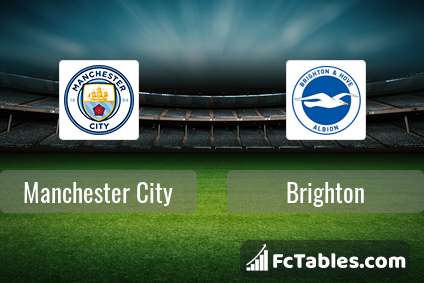 In Manchester City not occur in the match due to injury: Nathan Ake, Aymeric Laporte.

Team Brighton currently is on lower place in table (17 position). Brighton in 5 last matches (league + cup) have collected4 points. Brighton from 8 matches can not beat any rival. From 2 matches away no lost a match. Players Brighton in Premier League with the highest number of goals: Neal Maupay 6 goals, Pascal Gross 2 goals, Solly March 2 goals. Players Neal Maupay 1 assists, Pascal Gross 2 assists, Solly March 1 assists will have to be very well guarded by defenders Manchester City, because they have the most assists. 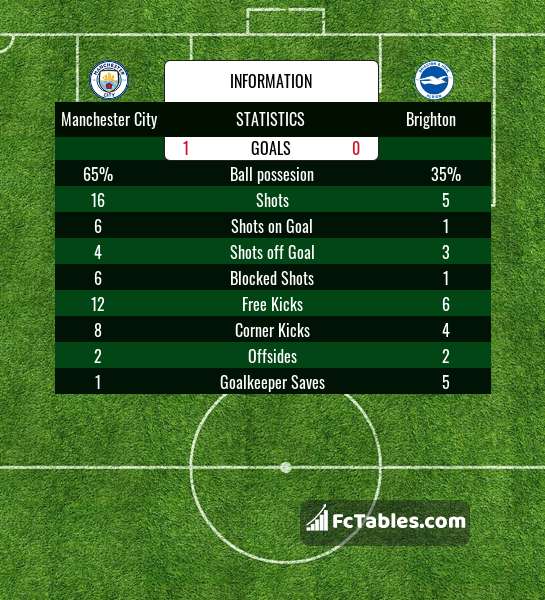 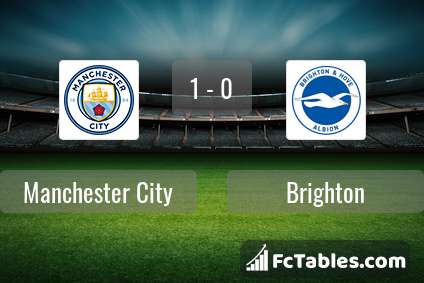 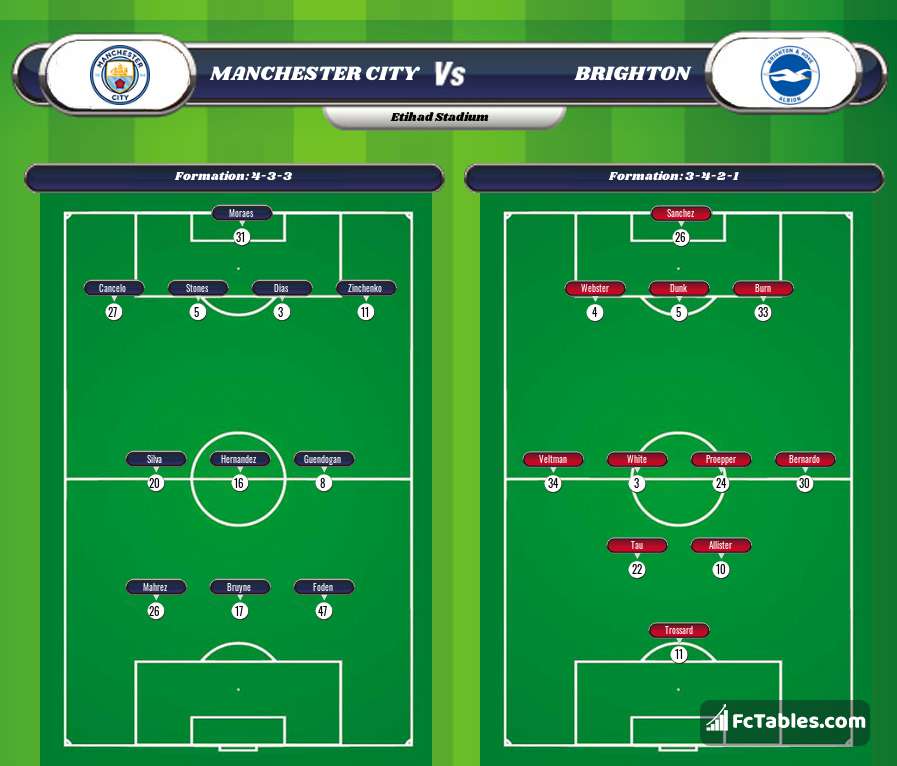