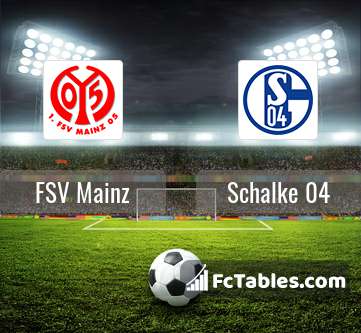 Kick off FSV Mainz-Schalke 04 in 1. Bundesliga on today 14:30. Referee in the match will be Patrick Ittrich.

Team FSV Mainz is in the releagtion zone of the table. 18 position. FSV Mainz in 5 last matches (league + cup) have collected0 points. Players FSV Mainz in 1. Bundesliga with the highest number of goals: Jean-Philippe Mateta 3 goals, Robin Quaison 1 goals, Karim Onisiwo 1 goals. Players Jean-Philippe Mateta 1 assists, Robin Quaison 1 assists will have to be very well guarded by defenders Schalke 04, because they have the most assists.

Team Schalke 04 is in the releagtion zone of the table. 17 position. In 5 last matches (league + cup) team gain 2 points. The best players Schalke 04 in 1. Bundesliga, who scored the most goals for the club: Goncalo Paciencia 1 goals, Mark Uth 1 goals, Malich Thiaw 1 goals. 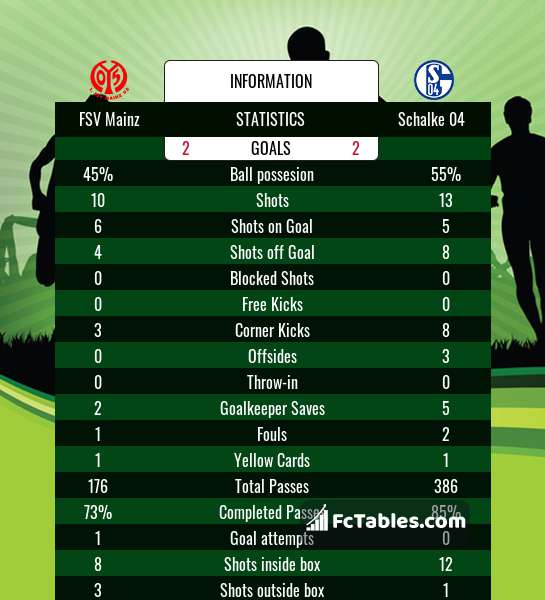 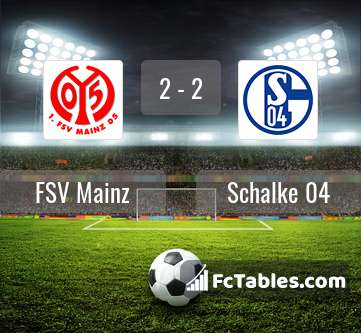