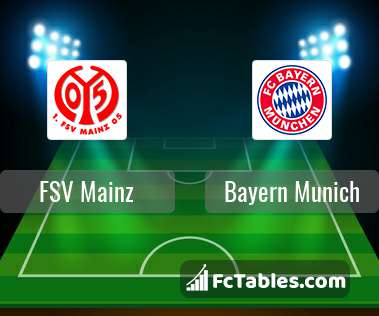 The match FSV Mainz-Bayern Munich 1. Bundesliga will start today 13:30. Referee in the match will be Harm Osmers.

In Bayern Munich not occur in the match due to injury: Corentin Tolisso, Kingsley Coman.

Players Arjen Robben will not be able to play in the match because of suspension (cards, etc.) 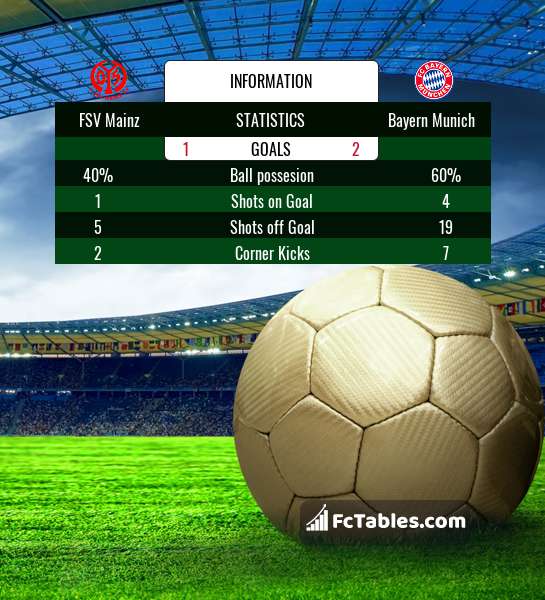 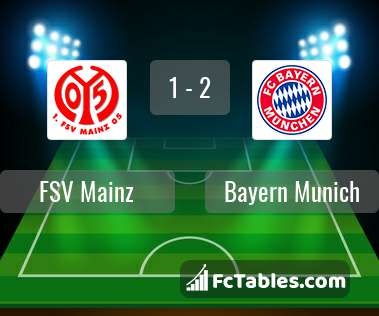