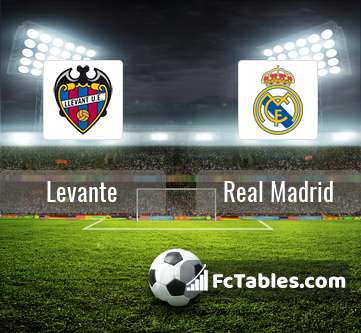 Kick off Levante-Real Madrid in La Liga on today 19:45. Referee in the match will be Mario Melero.

In Levante not occur in the match due to injury: Alexander Alegria, Raul Fernandez, Ivan Lopez.

The match will not occur Chema, Jose Campana because they are suspended (cards, etc.).

Team Real Madrid is at the top place in the table (4 place). In 5 last matches (league + cup) team gain 7 points. away from 4 matches team have not been defeated. The best players Real Madrid in La Liga, who scored the most goals for the club: Cristiano Ronaldo 8 goals, Gareth Bale 6 goals, Isco 4 goals. Players with the most assists: Cristiano Ronaldo 3 assists, Gareth Bale 1 assists, Isco 4 assists. 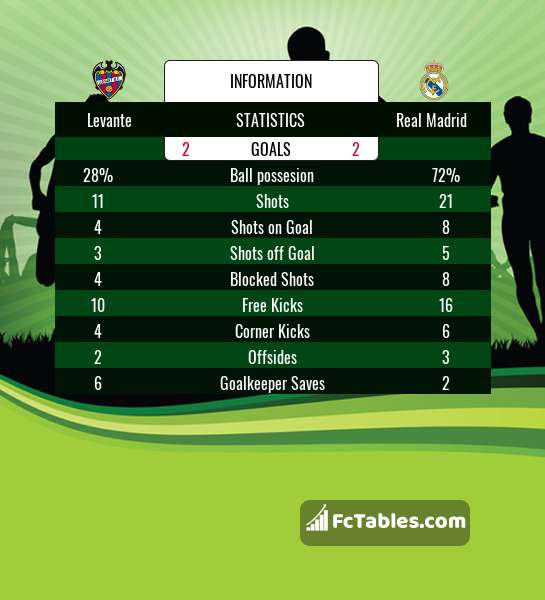