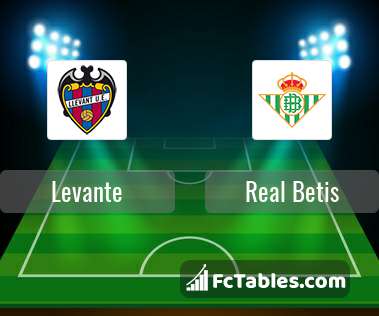 Kick off Levante-Real Betis in La Liga on today 19:30. Referee in the match will be Jaime Latre.

Team Levante is in the releagtion zone of the table. 18 position. Levante in 5 last matches (league + cup) have collected3 points. Levante did not win the match from 9 games. Levante has not been defeated at home from 3 matches. The most goals in La Liga for Levante scored: Roger 12 goals, Jose Luis Morales 10 goals, Ruben Rochina 4 goals. Most goals developed: , Jose Luis Morales 5 assists, Ruben Rochina 5 assists.

The match will not occur Ruben Rochina because they are suspended (cards, etc.).

Players Zouhair Feddal, Giovani Lo Celso will not be able to play in the match because of suspension (cards, etc.) 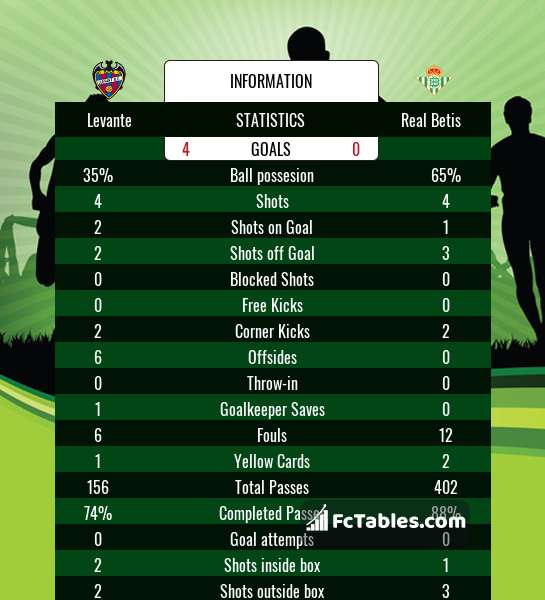