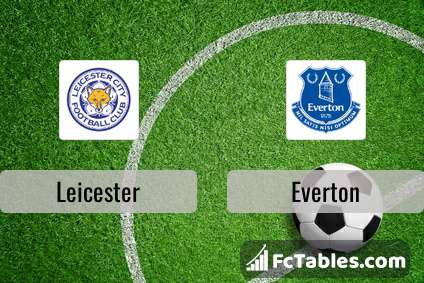 Kick off Leicester-Everton in Premier League on today 13:00. Referee in the match will be Craig Pawson.

Team Leicester is located in the middle of the table. (14 place). Last 5 games (league + cup) finished balance 5 points. Leicester from 4 matches can not beat any rival. Not lost the match at home from 6 games. Players Leicester in Premier League with the highest number of goals: Jamie Vardy 10 goals, James Maddison 8 goals, Youri Tielemans 6 goals. Most assists in the club have: Jamie Vardy 2 assists, James Maddison 5 assists, Youri Tielemans 3 assists.

Team Everton is in the releagtion zone of the table. 18 position. In 5 last games (league + cup) Everton get 7 points. Everton did not win the match away from 14 games. The most goals in Premier League for Everton scored: Richarlison 8 goals, Demarai Gray 5 goals, Anthony Gordon 4 goals. Players with the most assists: Richarlison 4 assists, Demarai Gray 3 assists, Anthony Gordon 2 assists.

In Everton not occur in the match due to injury: Nathan Patterson, Andros Townsend, Ben Godfrey, Donny van de Beek.

Direct matches: usually ended with winning of Everton. Balace of both teams games are: 7 won Leicester, 8 wins Everton, 11 draws. In 15 matches the sum of the goals both teams was greater than 2.5 (Over 2.5). On the other hand, 23 matches teams scored more than 1.5 goals (Over 1.5). In 20 matches the both teams have shot at least one goal. 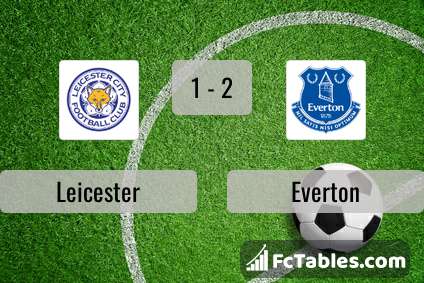