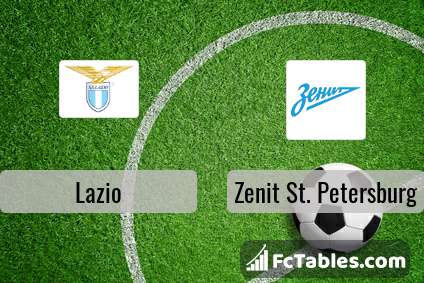 Kick off Lazio-Zenit St. Petersburg in Champions League on today 20:00. Referee in the match will be Michael Oliver.

Team Lazio is located in the middle of the table. (2 place). In 5 last games (league + cup) Lazio get 5 points. Lazio did not win the match from 2 games. Leading players Lazio in Champions League is: Ciro Immobile 1 goals, Joaquin Correa 1 goals, Felipe Caicedo 1 goals. Most assists in the club have: Ciro Immobile 1 assists, Joaquin Correa 1 assists.

Team Zenit St. Petersburg currently is on lower place in table (4 position). Form team looks like this: In the last 5 matches (league + cup) gain 1 points. To defend Lazio the most demanding players will be Aleksandr Yerokhin 1 goals, because this season they scored the most goals for Zenit St. Petersburg of the entire composition. Players with the most assists: , Artem Dzyuba 1 assists.

If you want to compare this teams or you looking for more stats H2H Lazio Zenit St. Petersburg
League table and stats click here 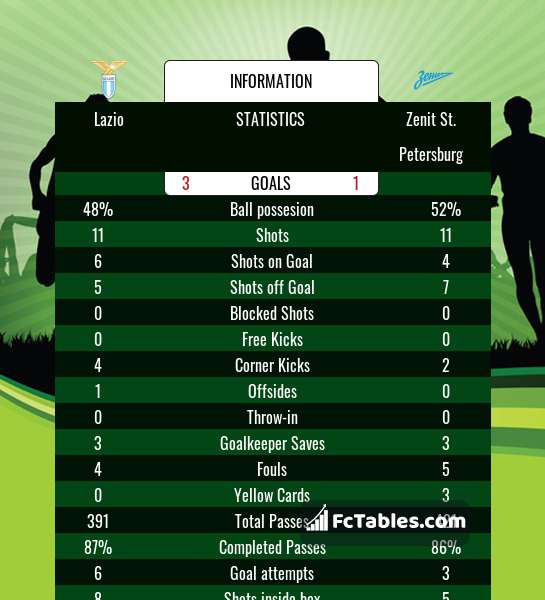 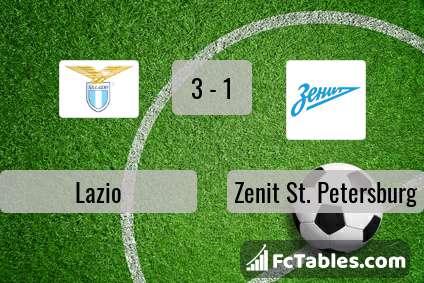