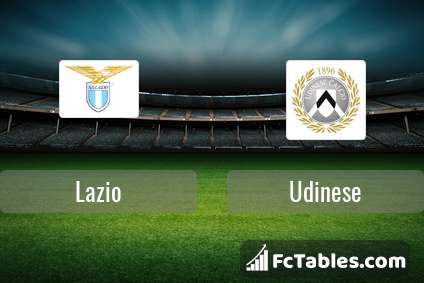 Team Lazio is located in the middle of the table. (8 place). In 5 last games (league + cup) Lazio get 7 points. Lazio did not win the match from 3 games. Not lost the match at home from 4 games. Leading players Lazio in Serie A is: Ciro Immobile 14 goals, Sergej Milinkovic-Savic 4 goals, Felipe Caicedo 4 goals. Most assists in the club have: Ciro Immobile 4 assists, Sergej Milinkovic-Savic 3 assists, Felipe Caicedo 1 assists.

In Lazio not occur in the match due to injury: Jordan Lukaku, Valon Berisha, Joaquin Correa.

Players Luis Alberto will not be able to play in the match because of suspension (cards, etc.)

In Udinese not occur in the match due to injury: Nicholas Opoku, Antonin Barak. 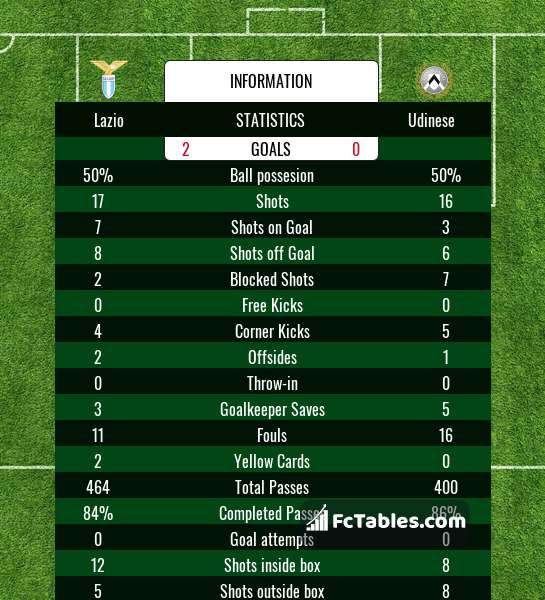 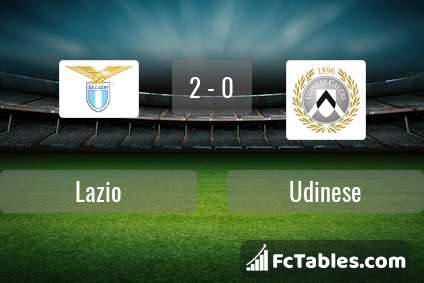