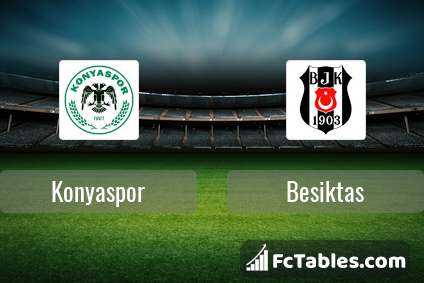 Kick off Konyaspor-Besiktas in Super Lig on today 17:00. Referee in the match will be Alper Ulusoy.

Team Konyaspor is in the releagtion zone of the table. 16 position. Konyaspor in 5 last matches (league + cup) have collected6 points. Konyaspor did not win the match at home from 3 games. Not lost the match at home from 4 games. Leading players Konyaspor in Super Lig is: Nejc Skubic 6 goals, Omer Ali Sahiner 4 goals, Deni Milosevic 3 goals. Most assists in the club have: Nejc Skubic 1 assists, Omer Ali Sahiner 1 assists, Deni Milosevic 2 assists.

Players Wilfred Moke will not be able to play in the match because of suspension (cards, etc.)

Team Besiktas is at the top place in the table (4 place). In 5 last matches (league + cup) team gain 10 points. From 4 matches no lost a match. Leading players Besiktas in Super Lig is: Anderson Talisca 9 goals, Cenk Tosun 8 goals, Ryan Babel 7 goals. Players Anderson Talisca 3 assists, Cenk Tosun 1 assists, Ryan Babel 2 assists will have to be very well guarded by defenders Konyaspor, because they have the most assists.

In Besiktas not occur in the match due to injury: Atinc Nukan.

Direct matches: usually ended with winning of Besiktas. Balace of both teams games are: 8 won Konyaspor, 11 wins Besiktas, 9 draws. In 16 matches the sum of the goals both teams was greater than 2.5 (Over 2.5). On the other hand, 22 matches teams scored more than 1.5 goals (Over 1.5). In 19 matches the both teams have shot at least one goal. 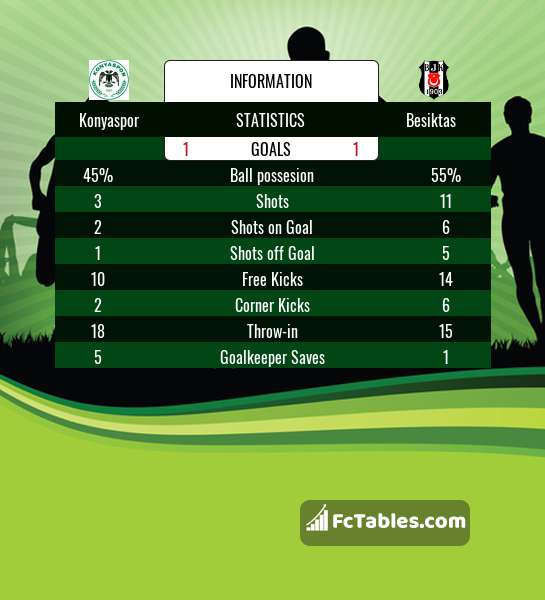 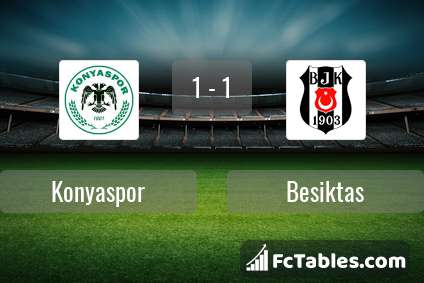