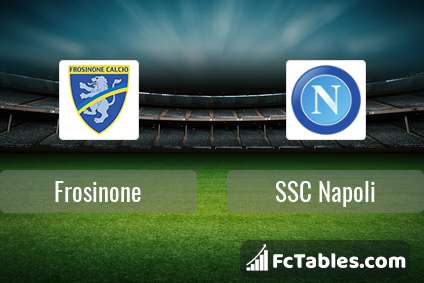 The match Frosinone-SSC Napoli Serie A will start today 10:30. Referee in the match will be Federico La Penna.

Team Frosinone is in the releagtion zone of the table. 19 position. Form team looks like this: In the last 5 matches (league + cup) gain 6 points. Frosinone did not win the match from 2 games. Leading players Frosinone in Serie A is: Camillo Ciano 7 goals, Daniel Ciofani 5 goals, Andrea Pinamonti 5 goals. Most assists in the club have: Camillo Ciano 3 assists, Daniel Ciofani 2 assists, Andrea Pinamonti 2 assists.

Players Camillo Ciano will not be able to play in the match because of suspension (cards, etc.)

Team SSC Napoli is at the top place in the table (2 place). SSC Napoli in 5 last matches (league + cup) have collected7 points. In this season games Serie A the most goals scored players: Arkadiusz Milik 17 goals, Dries Mertens 12 goals, Lorenzo Insigne 9 goals. They will have to be well guarded by defense Frosinone. Most assists in the club have: Arkadiusz Milik 2 assists, Dries Mertens 10 assists, Lorenzo Insigne 6 assists. 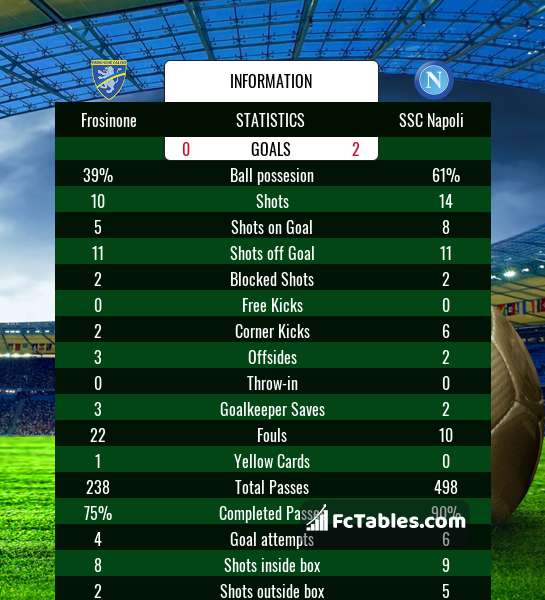 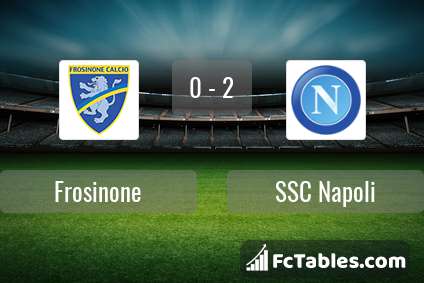