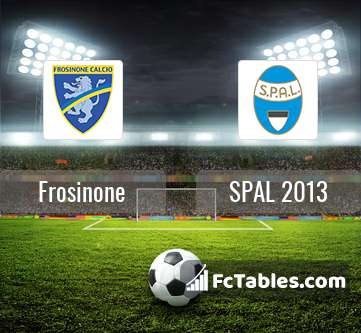 Kick off Frosinone-SPAL 2013 in Serie A on today 13:00. Referee in the match will be Marco Di Bello.

In Frosinone not occur in the match due to injury: Mirko Gori.

Players Edoardo Goldaniga will not be able to play in the match because of suspension (cards, etc.)

Team SPAL 2013 currently is on lower place in table (16 position). Form team looks like this: In the last 5 matches (league + cup) gain 4 points. SPAL 2013 did not win the match away from 3 games. The most goals in Serie A for SPAL 2013 scored: Andrea Petagna 11 goals, Jasmin Kurtic 5 goals, Mirko Antenucci 3 goals. Most goals developed: , Jasmin Kurtic 2 assists. 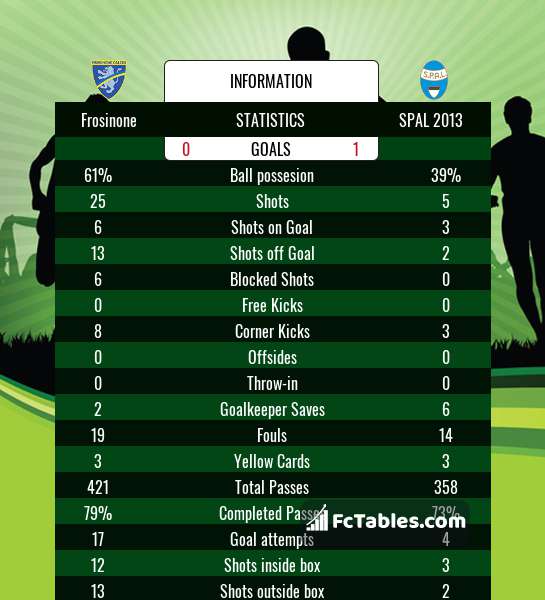