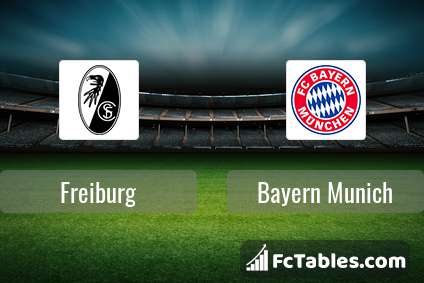 The match Freiburg-Bayern Munich 1. Bundesliga will start today 13:30. Referee in the match will be Florian Badstuebner.

Team Freiburg is located in the middle of the table. (9 place). Last 5 games (league + cup) finished balance 7 points. From 3 matches at home no lost a match. Players Freiburg in 1. Bundesliga with the highest number of goals: Vincenzo Grifo 9 goals, Roland Sallai 8 goals, Nils Petersen 8 goals. Players Vincenzo Grifo 8 assists, Roland Sallai 3 assists will have to be very well guarded by defenders Bayern Munich, because they have the most assists.

In Bayern Munich not occur in the match due to injury: Leon Goretzka.

Players Nianzou Kouassi will not be able to play in the match because of suspension (cards, etc.)

Direct matches: usually ended with winning of Bayern Munich. Balace of both teams games are: 1 won Freiburg, 26 wins Bayern Munich, 5 draws. In 19 matches the sum of the goals both teams was greater than 2.5 (Over 2.5). On the other hand, 27 matches teams scored more than 1.5 goals (Over 1.5). In 17 matches the both teams have shot at least one goal. 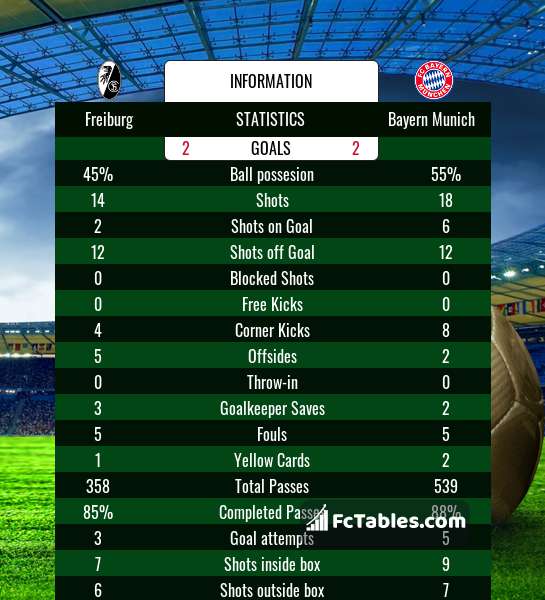 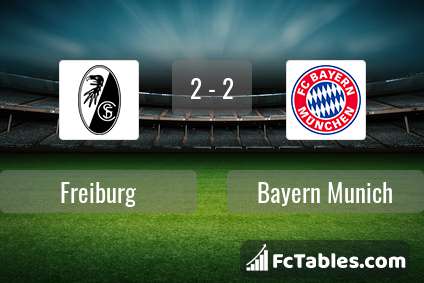 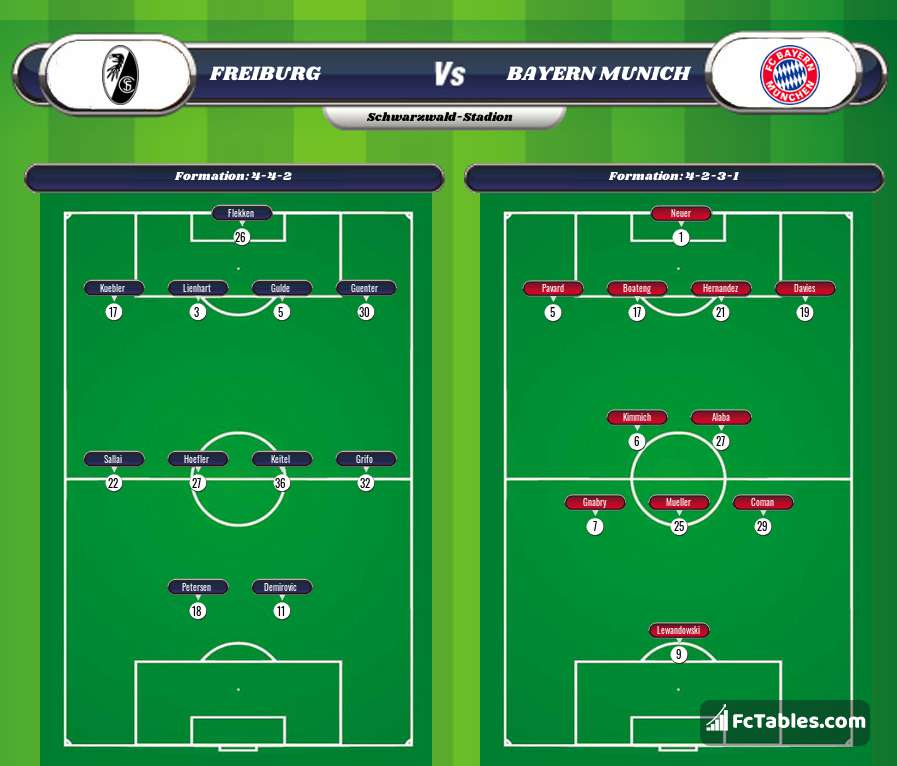