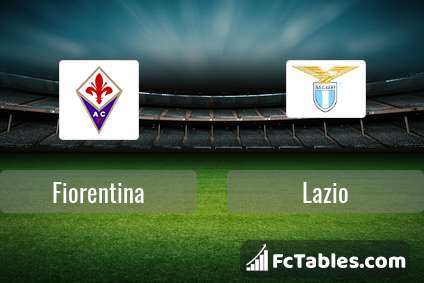 The match Fiorentina-Lazio Serie A will start today 18:45. Referee in the match will be Fabio Maresca.

Team Fiorentina is located in the middle of the table. (14 place). Form team looks like this: In the last 5 matches (league + cup) gain 5 points. Fiorentina did not win the match at home from 5 games. from 3 matches team have not been defeated. The most goals in Serie A for Fiorentina scored: Dusan Vlahovic 19 goals, Gaetano Castrovilli 5 goals, Giacomo Bonaventura 3 goals. Players with the most assists: Dusan Vlahovic 2 assists, Gaetano Castrovilli 3 assists, Giacomo Bonaventura 2 assists.

Igor. They will not be able to play in the game due to suspension.

Team Lazio is located in the middle of the table. (6 place). In 5 last games (league + cup) Lazio get 12 points. Not lost the match from 2 games. Leading players Lazio in Serie A is: Ciro Immobile 19 goals, Luis Alberto 9 goals, Sergej Milinkovic-Savic 8 goals. Most assists in the club have: Ciro Immobile 6 assists, Luis Alberto 1 assists, Sergej Milinkovic-Savic 9 assists.

In Lazio not occur in the match due to injury: Gonzalo Escalante, Felipe Caicedo.

Players Mohamed Fares will not be able to play in the match because of suspension (cards, etc.)

Direct matches: usually ended with winning of Lazio. Balace of both teams games are: 10 won Fiorentina, 26 wins Lazio, 7 draws. In 21 matches the sum of the goals both teams was greater than 2.5 (Over 2.5). On the other hand, 30 matches teams scored more than 1.5 goals (Over 1.5). In 21 matches the both teams have shot at least one goal. 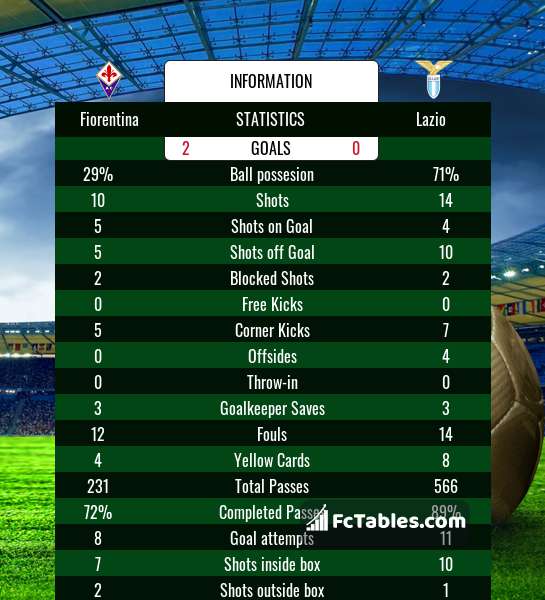 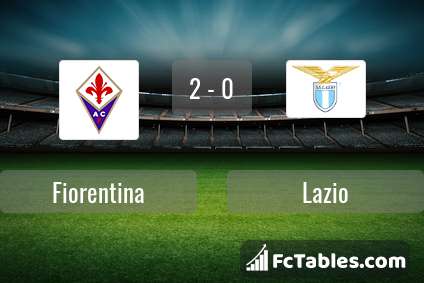 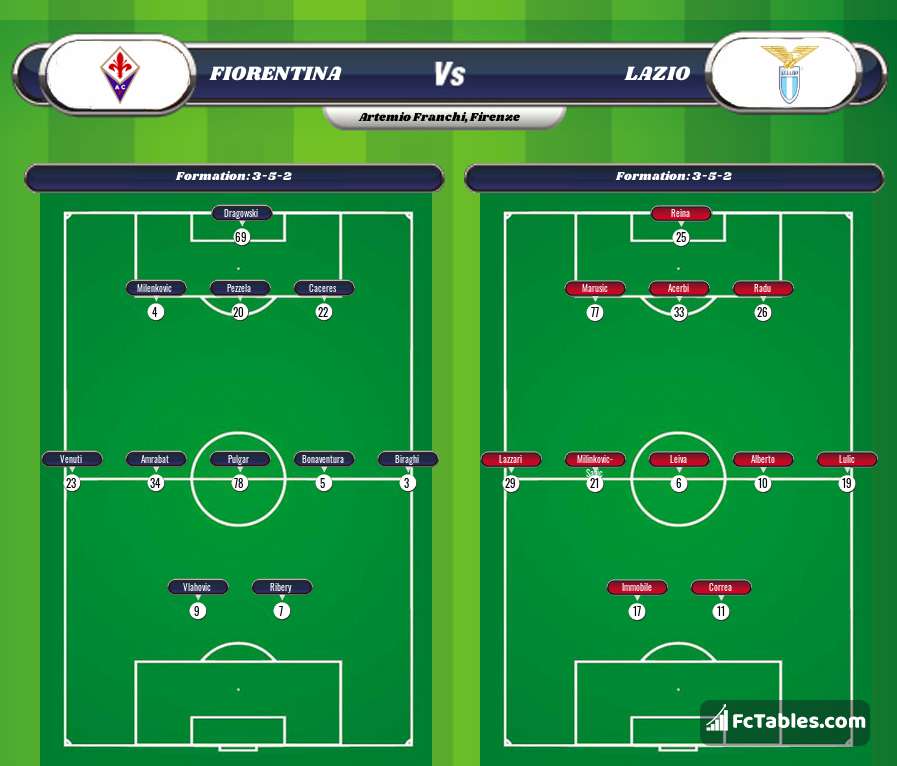