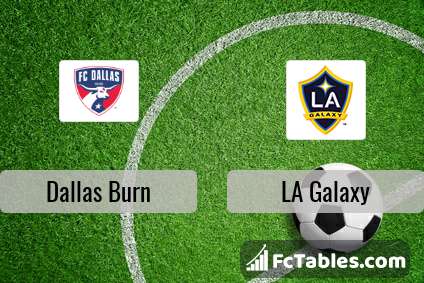 The match Dallas Burn-LA Galaxy Major League Soccer will start today 20:30. Referee in the match will be .

Team Dallas Burn is located in the middle of the table. (12 place). Last 5 games (league + cup) finished balance 1 points. Players Dallas Burn in Major League Soccer with the highest number of goals: Michael Barrios 1 goals. Players , Dominique Badji 1 assists will have to be very well guarded by defenders LA Galaxy, because they have the most assists.

Team LA Galaxy is at the top place in the table (4 place). LA Galaxy in 5 last matches (league + cup) have collected3 points. The best players LA Galaxy in Major League Soccer, who scored the most goals for the club: Daniel Steres 1 goals, Zlatan Ibrahimovic 1 goals. Players with the most assists: , Efrain Alvarez 1 assists. 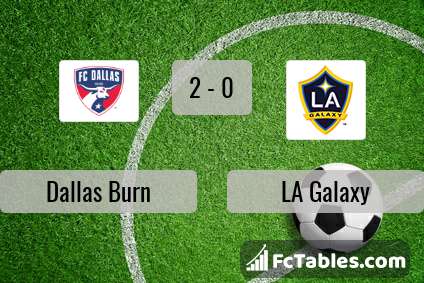