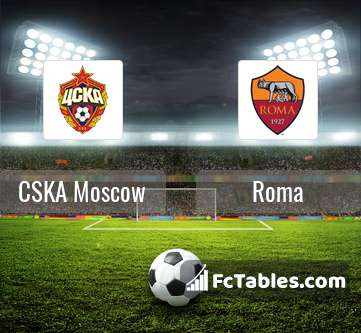 Kick off CSKA Moscow-Roma in Champions League on today 17:55. Referee in the match will be Cuneyt Cakir.

Team CSKA Moscow is located in the middle of the table. (3 place). Form team looks like this: In the last 5 matches (league + cup) gain 4 points. In this season games Champions League the most goals scored players: Nikola Vlasic 2 goals, Fedor Chalov 1 goals. They will have to be well guarded by defense Roma. Most assists in the club have: Nikola Vlasic 1 assists.

Team Roma is located in the middle of the table. (2 place). Last 5 games (league + cup) finished balance 6 points. Roma has not been defeated from 2 matches. The best players Roma in Champions League, who scored the most goals for the club: Edin Dzeko 5 goals, Cengiz Under 2 goals, Justin Kluivert 1 goals. Most goals developed: Edin Dzeko 1 assists, Cengiz Under 2 assists. 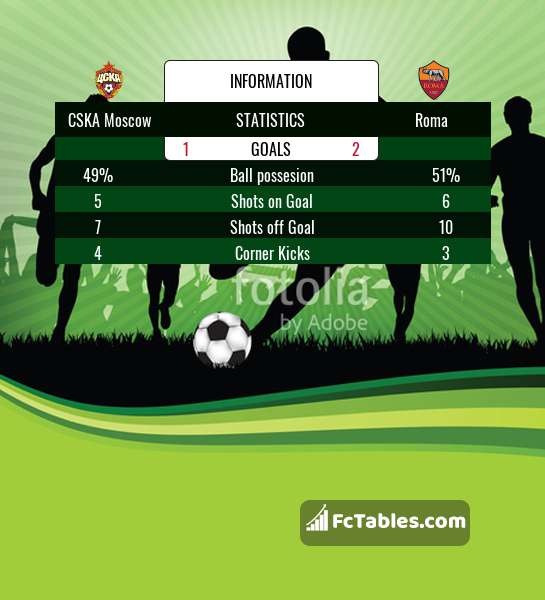 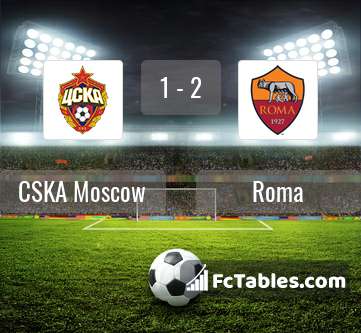