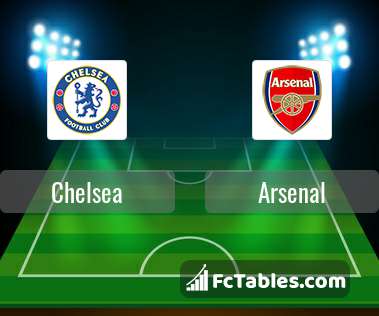 Kick off Chelsea-Arsenal in Premier League on today 19:15. Referee in the match will be Andre Marriner.

Team Chelsea is at the top place in the table (4 place). Form team looks like this: In the last 5 matches (league + cup) gain 13 points. From 5 matches no lost a match. Players Chelsea in Premier League with the highest number of goals: Timo Werner 6 goals, Mason Mount 6 goals, Jorginho 6 goals. Players Timo Werner 8 assists, Mason Mount 5 assists, Jorginho 1 assists will have to be very well guarded by defenders Arsenal, because they have the most assists.

Team Arsenal is located in the middle of the table. (9 place). Form team looks like this: In the last 5 matches (league + cup) gain 10 points. away from 5 matches team have not been defeated. The most goals in Premier League for Arsenal scored: Alexandre Lacazette 13 goals, Pierre-Emerick Aubameyang 10 goals, Nicolas Pepe 6 goals. Players with the most assists: Alexandre Lacazette 2 assists, Pierre-Emerick Aubameyang 2 assists, Nicolas Pepe 1 assists.

In Arsenal not occur in the match due to injury: David Luiz, Granit Xhaka. 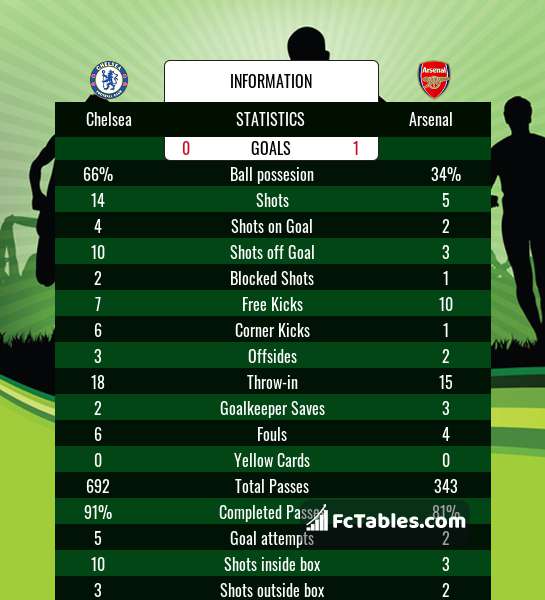 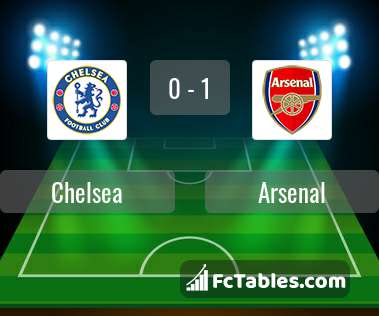 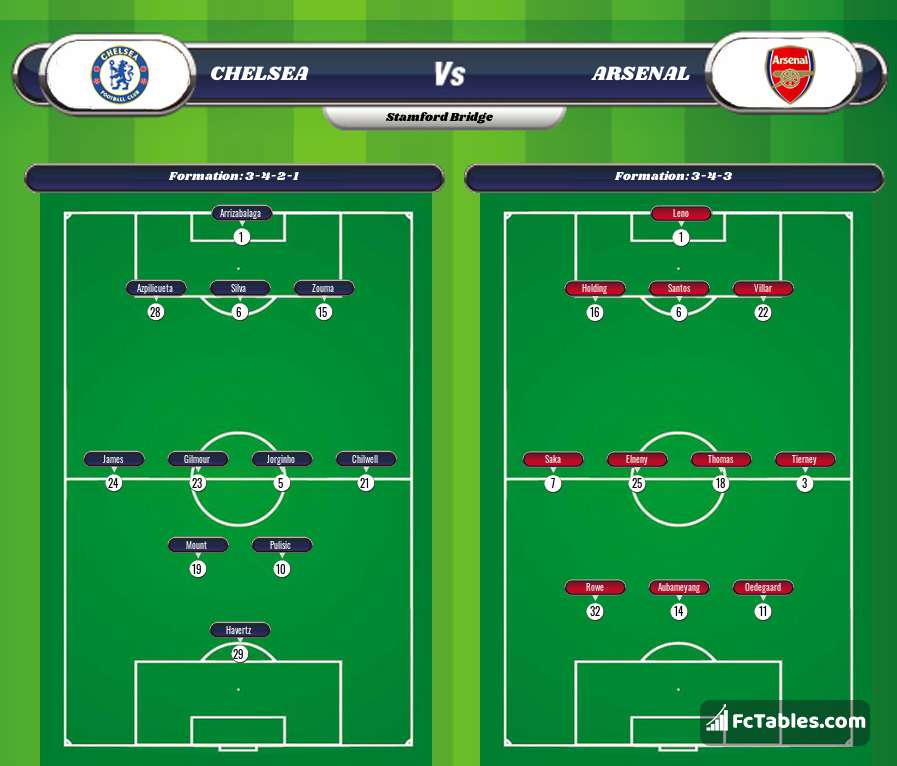