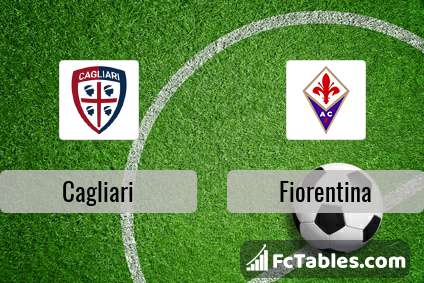 Kick off Cagliari-Fiorentina in Serie A on today 19:30. Referee in the match will be Daniele Doveri.

Team Cagliari is located in the middle of the table. (14 place). In 5 last games (league + cup) Cagliari get 6 points. Not lost the match at home from 2 games. Players Cagliari in Serie A with the highest number of goals: Leonardo Pavoletti 10 goals, Joao Pedro Galvao 4 goals, Diego Farias 3 goals. Most assists in the club have: Leonardo Pavoletti 1 assists, Joao Pedro Galvao 3 assists.

Players Filip Bradaric will not be able to play in the match because of suspension (cards, etc.)

Team Fiorentina is located in the middle of the table. (10 place). Form team looks like this: In the last 5 matches (league + cup) gain 6 points. Fiorentina did not win the match from 3 games. The most goals in Serie A for Fiorentina scored: Marco Benassi 7 goals, Luis Muriel 6 goals, Giovanni Simeone 5 goals. Players with the most assists: , Giovanni Simeone 3 assists.

Jordan Veretout. They will not be able to play in the game due to suspension. 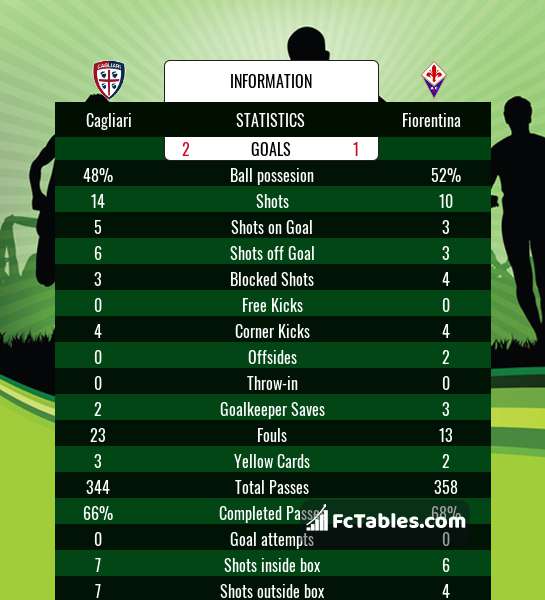 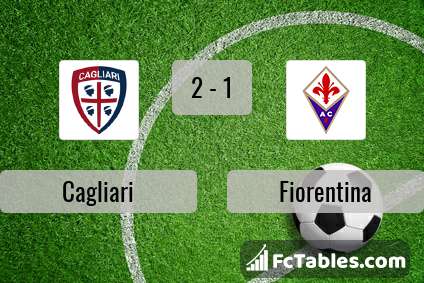