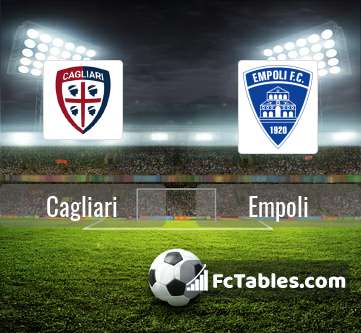 Kick off Cagliari-Empoli in Serie A on today 18:45. Referee in the match will be Marco Di Bello.

Team Cagliari is in the releagtion zone of the table. 19 position. In 5 last games (league + cup) Cagliari get 2 points. Players Cagliari in Serie A with the highest number of goals: Joao Pedro Galvao 4 goals, Alessandro Deiola 1 goals, Balde Diao Keita 1 goals. Most assists in the club have: Joao Pedro Galvao 2 assists.

Players Gabriele Zappa will not be able to play in the match because of suspension (cards, etc.)

Team Empoli is in the releagtion zone of the table. 18 position. Form team looks like this: In the last 5 matches (league + cup) gain 3 points. Empoli did not win the match from 2 games. Leading players Empoli in Serie A is: Nedim Bajrami 1 goals, Filippo Bandinelli 1 goals, Leonardo Mancuso 1 goals. Players Nedim Bajrami 1 assists will have to be very well guarded by defenders Cagliari, because they have the most assists.

In Empoli not occur in the match due to injury: Riccardo Fiamozzi, Samuele Damiani, Lorenzo Tonelli. 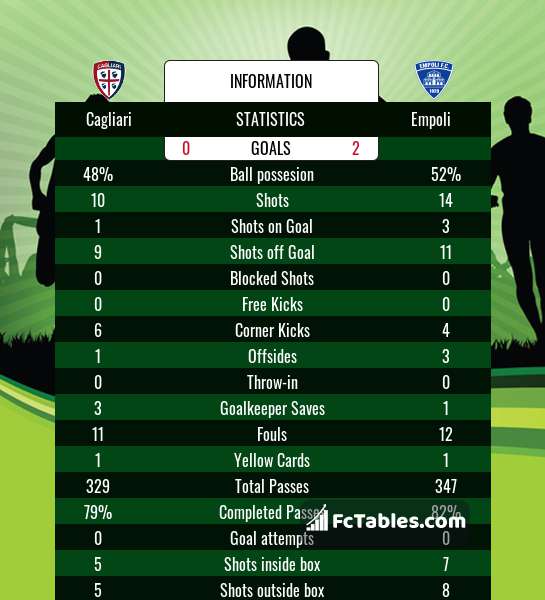 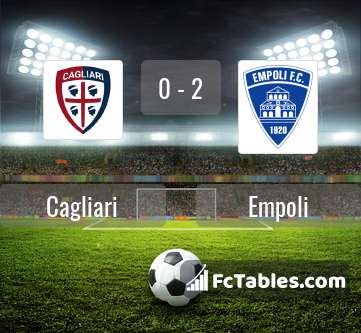