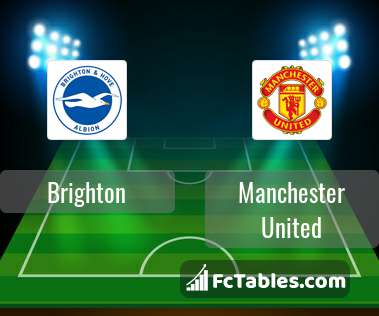 Team Brighton is located in the middle of the table. (8 place). Brighton in 5 last matches (league + cup) have collected3 points. Players Brighton in Premier League with the highest number of goals: Neal Maupay 2 goals, Leandro Trossard 1 goals, Aaron-Anthony Connolly 1 goals. Players Neal Maupay 1 assists, Leandro Trossard 1 assists will have to be very well guarded by defenders Manchester United, because they have the most assists.

Team Manchester United is located in the middle of the table. (15 place). Last 5 games (league + cup) finished balance 0 points. The best players Manchester United in Premier League, who scored the most goals for the club: Donny van de Beek 1 goals. 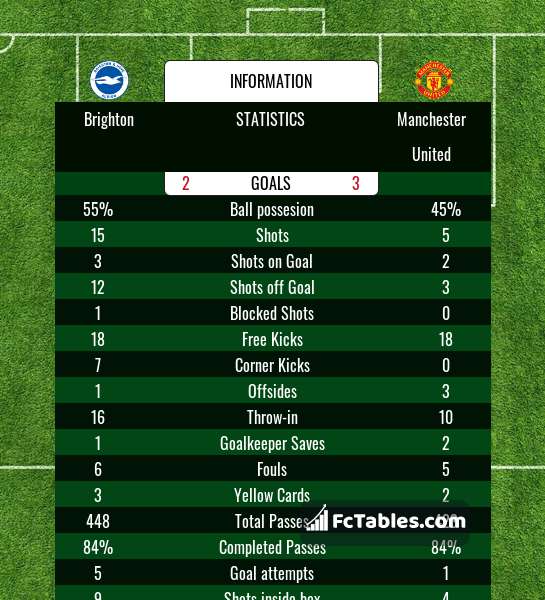 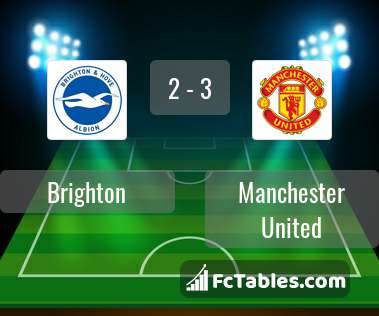