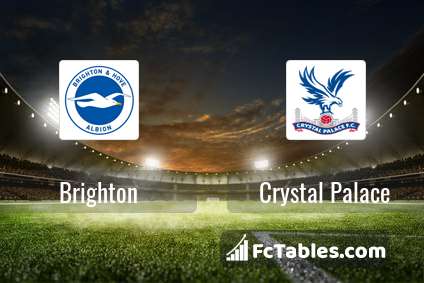 Team Brighton currently is on lower place in table (16 position). Brighton in 5 last matches (league + cup) have collected9 points. Brighton from 2 matches can not beat any rival. From 6 matches no lost a match. Players Brighton in Premier League with the highest number of goals: Neal Maupay 7 goals, Lewis Dunk 3 goals, Leandro Trossard 2 goals. Players Neal Maupay 1 assists, Leandro Trossard 4 assists will have to be very well guarded by defenders Crystal Palace, because they have the most assists.

Team Crystal Palace is located in the middle of the table. (14 place). Form team looks like this: In the last 5 matches (league + cup) gain 6 points. From 2 matches can't win a match. In this season games Premier League the most goals scored players: Wilfried Zaha 9 goals, Eberechi Eze 3 goals, Christian Benteke 3 goals. They will have to be well guarded by defense Brighton. Players Wilfried Zaha 2 assists, Eberechi Eze 3 assists, Christian Benteke 1 assists will have to be very well guarded by defenders Brighton, because they have the most assists. 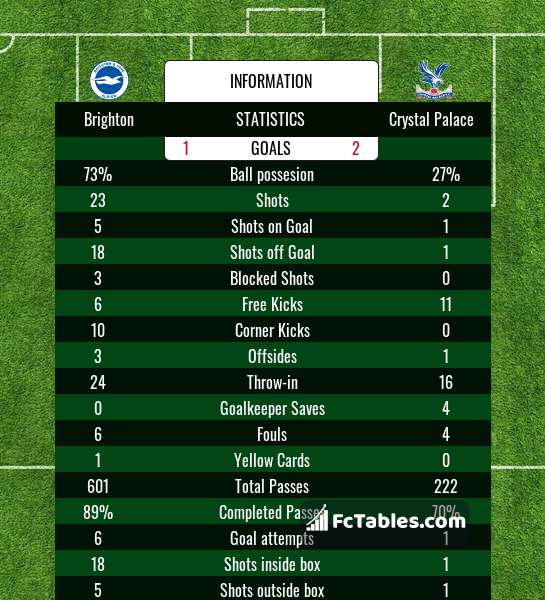 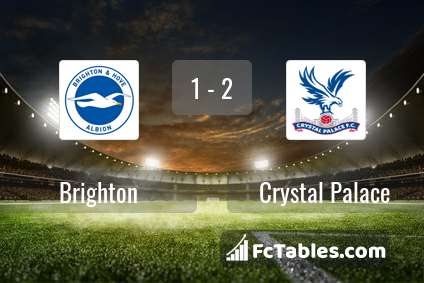 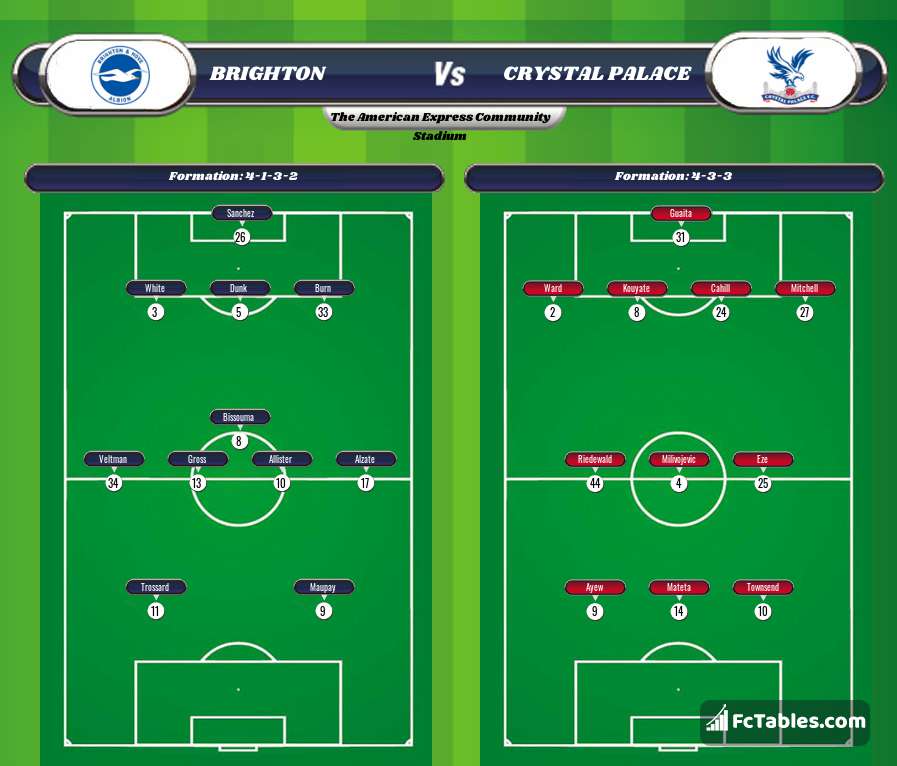