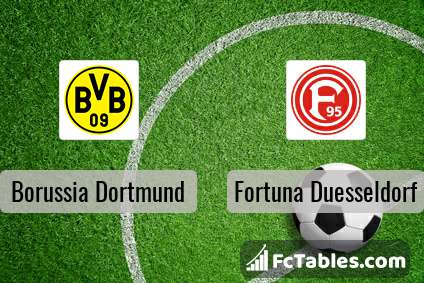 Kick off Borussia Dortmund-Fortuna Duesseldorf in 1. Bundesliga on today 13:30. Referee in the match will be Tobias Stieler.

In Borussia Dortmund not occur in the match due to injury: Achraf Hakimi.

The match will not occur Marco Reus, Marius Wolf because they are suspended (cards, etc.).

In Fortuna Duesseldorf not occur in the match due to injury: Diego Contento, Jean Zimmer. 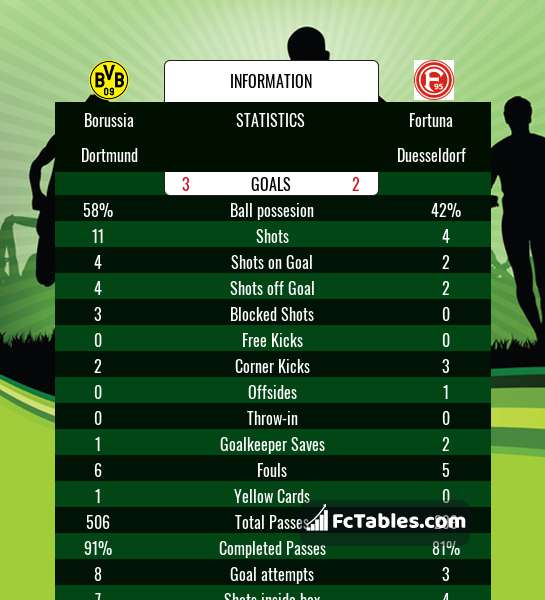 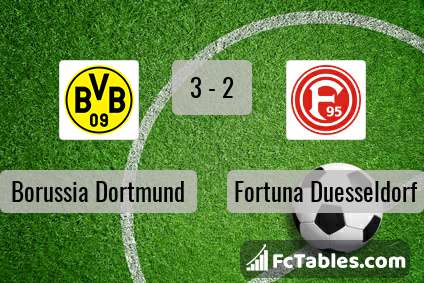