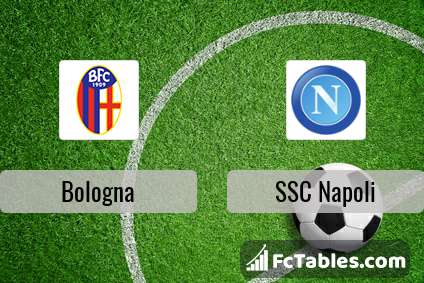 Kick off Bologna-Napoli in Serie A on today 18:30. Referee in the match will be Aleandro Di Paolo.

Team Bologna is located in the middle of the table. (12 place). Form team looks like this: In the last 5 matches (league + cup) gain 10 points. Not lost the match at home from 6 games. Players Bologna in Serie A with the highest number of goals: Riccardo Orsolini 8 goals, Erick Pulgar 6 goals, Federico Santander 6 goals. Most assists in the club have: Riccardo Orsolini 5 assists, Erick Pulgar 2 assists, Federico Santander 2 assists.

Team Napoli is at the top place in the table (2 place). Napoli in 5 last matches (league + cup) have collected12 points. Not lost the match from 4 games. In this season games Serie A the most goals scored players: Arkadiusz Milik 17 goals, Dries Mertens 15 goals, Lorenzo Insigne 10 goals. They will have to be well guarded by defense Bologna. Most assists in the club have: Arkadiusz Milik 3 assists, Dries Mertens 11 assists, Lorenzo Insigne 6 assists.

Players Allan, Kalidou Koulibaly will not be able to play in the match because of suspension (cards, etc.) 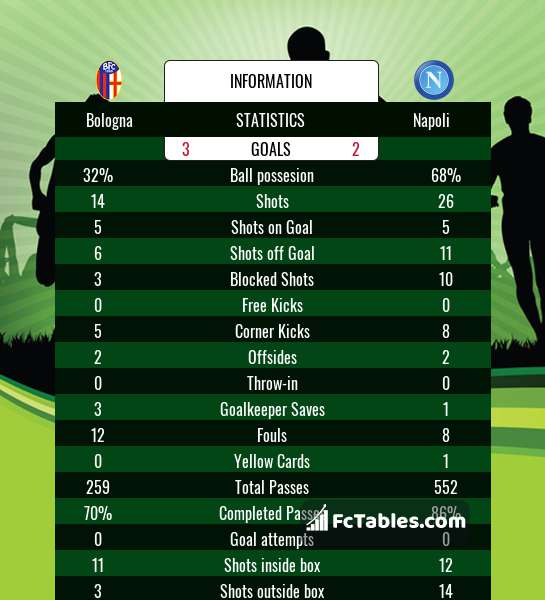 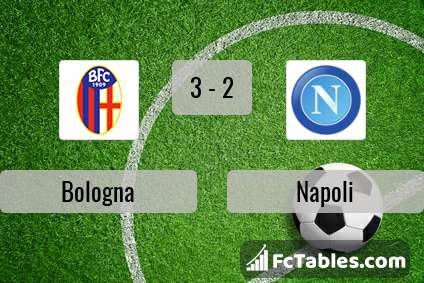