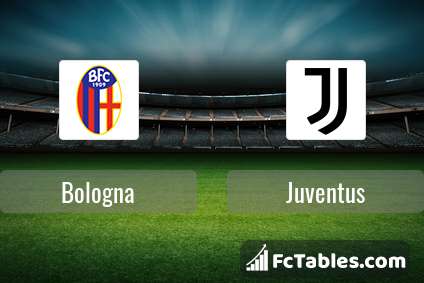 Kick off Bologna-Juventus in Serie A on today 18:45. Referee in the match will be Paolo Valeri.

Team Bologna is located in the middle of the table. (12 place). Form team looks like this: In the last 5 matches (league + cup) gain 3 points. Bologna from 6 matches can not beat any rival. Players Bologna in Serie A with the highest number of goals: Roberto Soriano 9 goals, Musa Barrow 8 goals, Riccardo Orsolini 6 goals. Most assists in the club have: Roberto Soriano 6 assists, Musa Barrow 8 assists, Riccardo Orsolini 3 assists.

Players Roberto Soriano, Mitchell Dijks will not be able to play in the match because of suspension (cards, etc.)

Team Juventus is at the top place in the table (5 place). In 5 last matches (league + cup) team gain 10 points. away from 3 matches team have not been defeated. The best players Juventus in Serie A, who scored the most goals for the club: Cristiano Ronaldo 29 goals, Alvaro Morata 9 goals, Federico Chiesa 7 goals. Players with the most assists: Cristiano Ronaldo 2 assists, Alvaro Morata 8 assists, Federico Chiesa 7 assists.

Rodrigo Bentancur. They will not be able to play in the game due to suspension.

Direct matches: usually ended with winning of Juventus. Balace of both teams games are: 1 won Bologna, 30 wins Juventus, 8 draws. In 17 matches the sum of the goals both teams was greater than 2.5 (Over 2.5). On the other hand, 30 matches teams scored more than 1.5 goals (Over 1.5). In 19 matches the both teams have shot at least one goal. 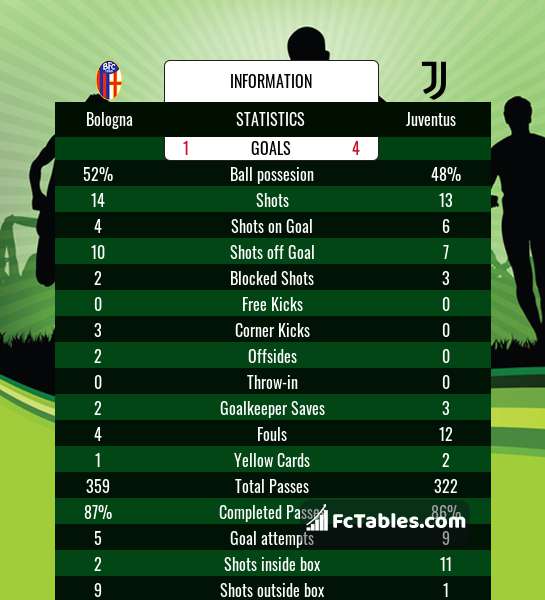 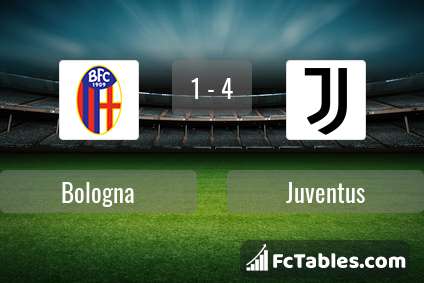 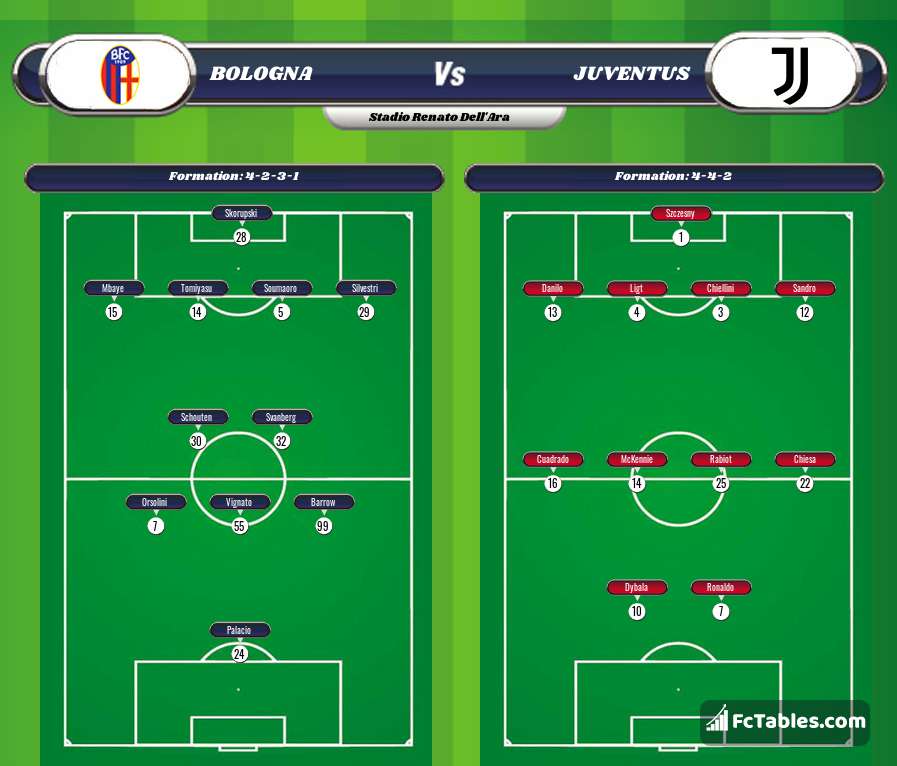