Kick off Benfica-Portimonense in Liga ZON Sagres on today 17:00. Referee in the match will be .

Team Benfica is at the top place in the table (1 place). In 5 last matches (league + cup) team gain 15 points. from 16 matches team have not been defeated. To defend Portimonense the most demanding players will be Haris Seferovic 19 goals, Joao Felix 13 goals, Rafa Silva 13 goals, because this season they scored the most goals for Benfica of the entire composition. Players with the most assists: Haris Seferovic 5 assists, Joao Felix 7 assists, Rafa Silva 2 assists.

Team Portimonense is located in the middle of the table. (12 place). Form team looks like this: In the last 5 matches (league + cup) gain 4 points. Portimonense did not win the match away from 6 games. From 2 matches no lost a match. Leading players Portimonense in Liga ZON Sagres is: Jackson Martinez 8 goals, Paulinho 6 goals, Shoya Nakajima 5 goals. Players Jackson Martinez 1 assists, Shoya Nakajima 5 assists will have to be very well guarded by defenders Benfica, because they have the most assists. 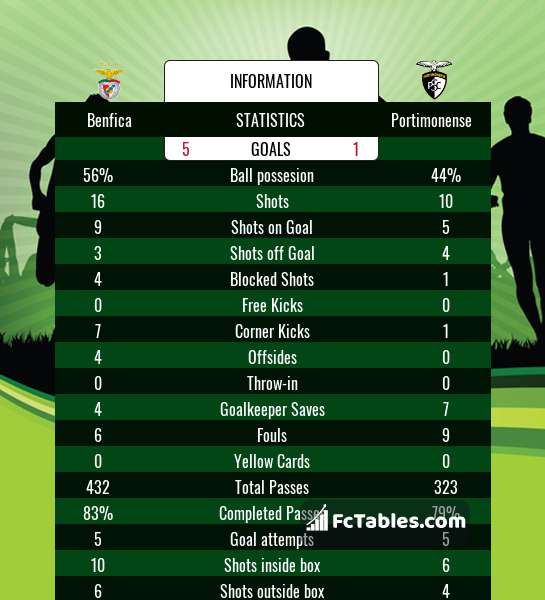