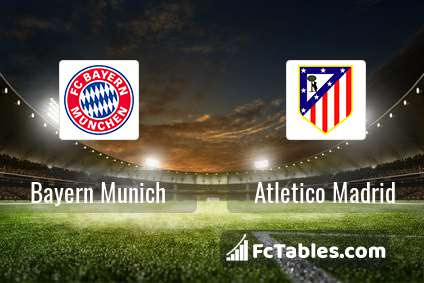 The match Bayern Munich-Atletico Madrid Champions League will start today 19:00. Referee in the match will be Michael Oliver.

In Bayern Munich not occur in the match due to injury: Leroy Sane.

In 0 matches scored goals, an average of goals per game. games ended up winning, draws. defeits. In % matches the total goals in the match was over 2.5 goals (Over 2.5). In % matches the sum of the goals was greater than 1.5 Goals (Over 1.5). In matches Bayern Munich has not lost the goal. In games, both teams have scored goal. Average goals: per game

In Atletico Madrid not occur in the match due to injury: Jose Gimenez, Saul Niguez, Sime Vrsaljko. 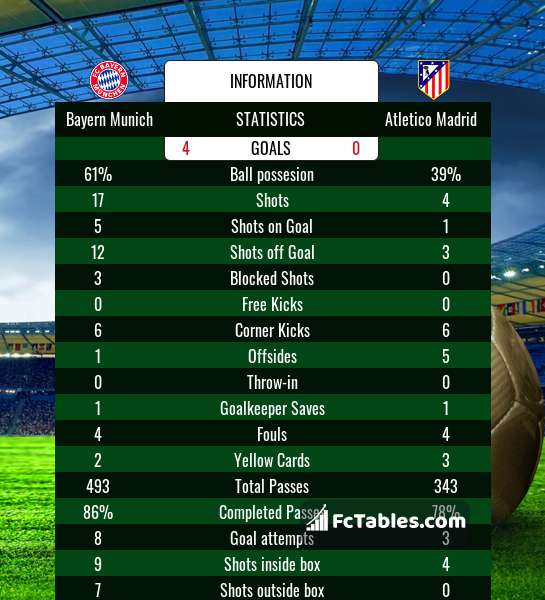 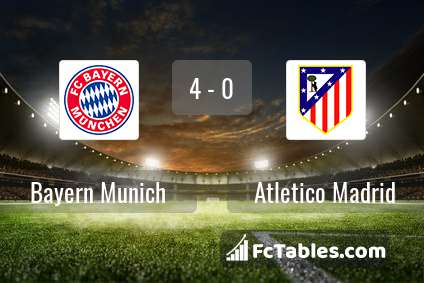