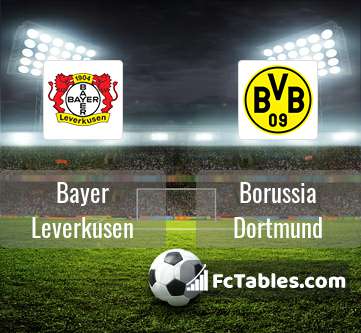 Kick off Bayer Leverkusen-Borussia Dortmund in 1. Bundesliga on today 19:30. Referee in the match will be Felix Zwayer.

In Borussia Dortmund not occur in the match due to injury: Dan-Axel Zagadou, Thorgan Hazard, Axel Witsel, Marcel Schmelzer.

The match will not occur Emre Can because they are suspended (cards, etc.).

Direct matches: usually ended with winning of Borussia Dortmund. Balace of both teams games are: 14 won Bayer Leverkusen, 17 wins Borussia Dortmund, 11 draws. In 24 matches the sum of the goals both teams was greater than 2.5 (Over 2.5). On the other hand, 35 matches teams scored more than 1.5 goals (Over 1.5). In 23 matches the both teams have shot at least one goal. 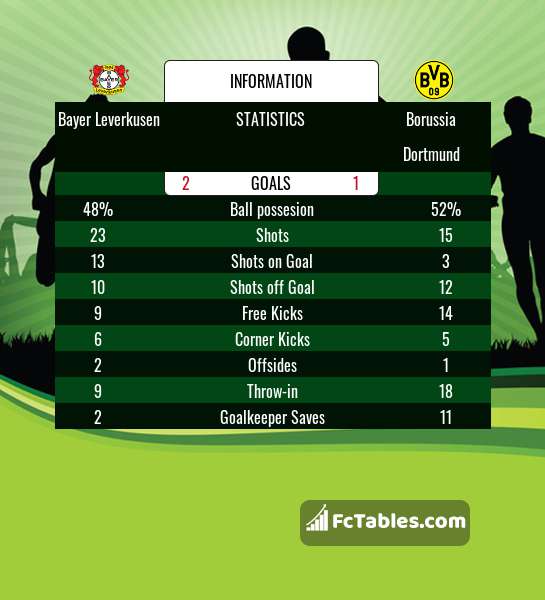 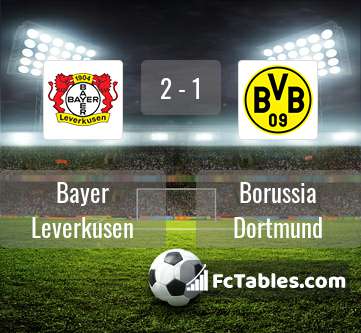 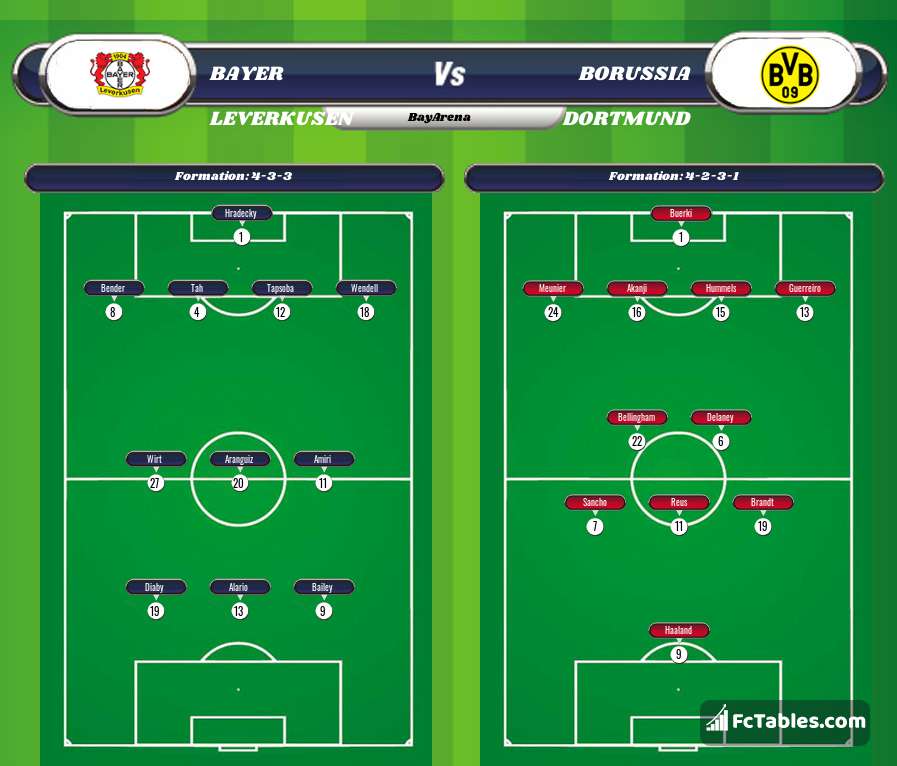