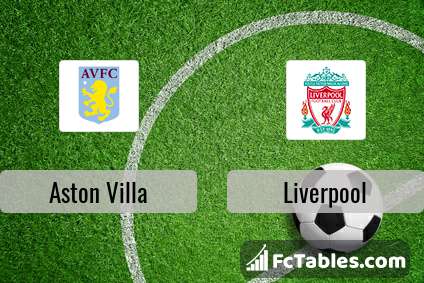 Kick off Aston Villa-Liverpool in Premier League on today 18:15. Referee in the match will be Martin Atkinson.

Team Aston Villa is located in the middle of the table. (10 place). Last 5 games (league + cup) finished balance 6 points. In this season games Premier League the most goals scored players: Conor Hourihane 1 goals, Tyrone Mings 1 goals, Ezri Konsa Ngoyo 1 goals. They will have to be well guarded by defense Liverpool. Players Conor Hourihane 1 assists, Tyrone Mings 1 assists will have to be very well guarded by defenders Liverpool, because they have the most assists.

Team Liverpool is at the top place in the table (3 place). Form team looks like this: In the last 5 matches (league + cup) gain 9 points. To defend Aston Villa the most demanding players will be Mohamed Salah 3 goals, Sadio Mane 3 goals, Andrew Robertson 1 goals, because this season they scored the most goals for Liverpool of the entire composition. Players with the most assists: , Andrew Robertson 1 assists. 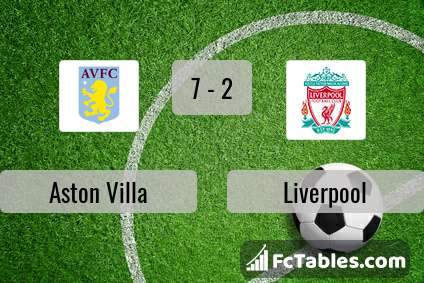 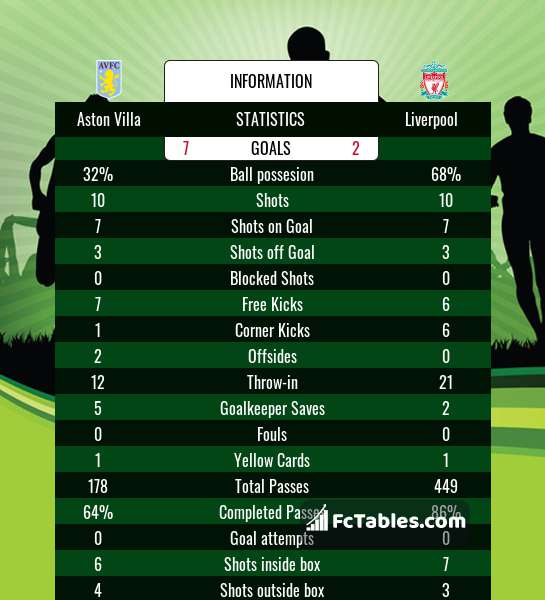