Kick off Aston Villa-Burnley in Premier League on today 18:00. Referee in the match will be Craig Pawson.

Team Aston Villa is located in the middle of the table. (11 place). Last 5 games (league + cup) finished balance 6 points. From 3 matches at home can't win a match. In this season games Premier League the most goals scored players: Ollie Watkins 6 goals, Jack Grealish 5 goals, Ross Barkley 2 goals. They will have to be well guarded by defense Burnley. Players Ollie Watkins 1 assists, Jack Grealish 5 assists, Ross Barkley 1 assists will have to be very well guarded by defenders Burnley, because they have the most assists.

Because of the suspension of Matty Cash, Douglas Soares this players will not play in the match

Team Burnley is in the releagtion zone of the table. 18 position. Burnley in 5 last matches (league + cup) have collected8 points. from 2 matches team have not been defeated. The best players Burnley in Premier League, who scored the most goals for the club: Chris Wood 2 goals, Ashley R. Westwood 1 goals, Robert Brady 1 goals. Players with the most assists: , Ashley R. Westwood 1 assists. 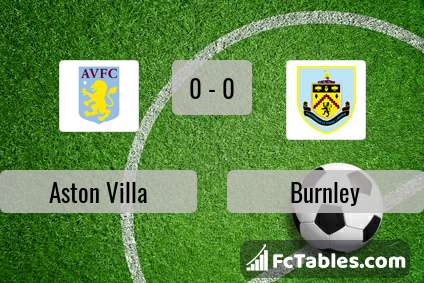 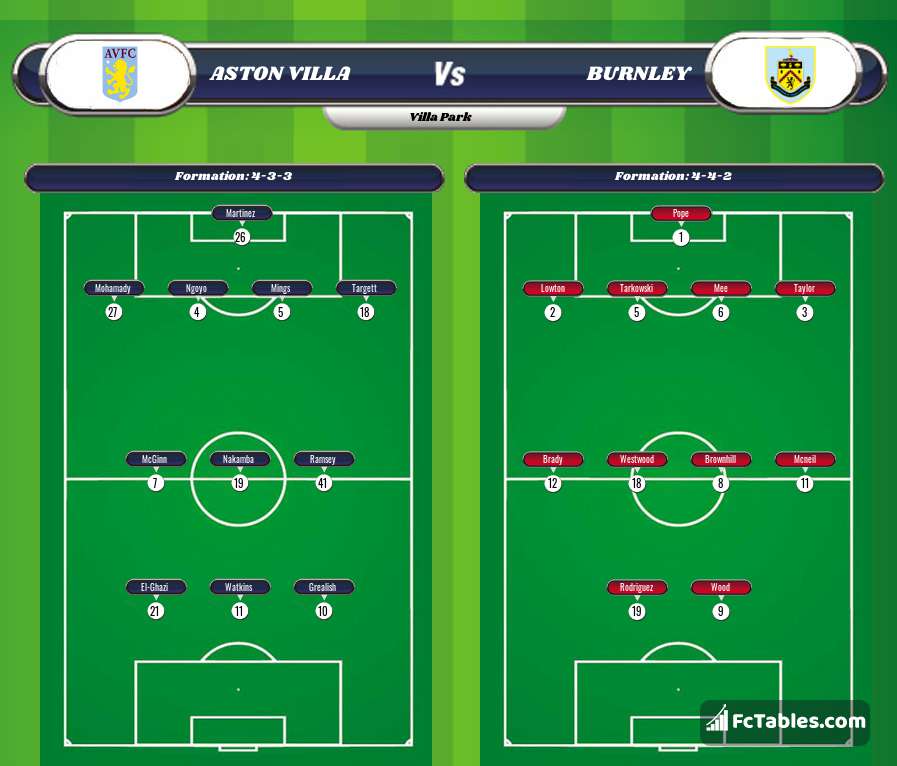